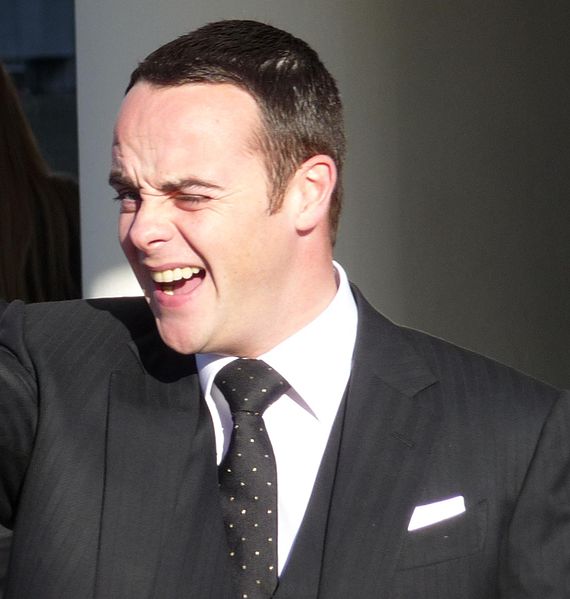 Television presenter Ant McPartlin has been fined £86,000 and banned from driving for 20 months.

He pleaded guilty at Wimbledon Magistrates Court on Monday, charged driving over the limit last month. He said:

“I accept full culpability for this and wish to apologise to all those concerned.”

McPartlin has been fined £86,000 and banned from driving for 20 months.

Following his arrest, McPartlin cancelled all work commitments for the ‘foreseeable’ future, including Saturday Night Takeaway and Britain’s Got Talent.

The I’m A Celebrity host appeared at Wimbledon Magistrates’ Court on Monday, charged with driving over the legal limit.

Confirming his name, date of birth, address and nationality, he spoke only to plead guilty to a single charge of drink-driving.

McPartlin, who lives in Chiswick, west London, was arrested at around 4 pm on March 18 after a failing a roadside breathalyser test following a collision between the Mini he was driving and two other cars.

Prosecutor Katie Sinnett-Jones told the court the incident happened at around 3.50pm on March 18 on Lower Richmond Road.

She said Mr McPartlin was driving around a “sharp bend and lost control” at which point he ended up on the wrong side of the road. Mr Parlin collided with another Mini Cooper car before driving “straight into the front of an oncoming car”.

McPartlin’s vehicle “came to a halt and was no longer driveable due to the damage caused,” she said. Members of the public called the police.

The court heard from the driver of the mini, that they thought they would die in the collision.

He said, in a statement read by Ms Sinnett-Jones: “Myself and my family were in deep shock as we believed we could have died as a result of Mr McPartlin’s reckless driving.”

McPartlin’s barrister Liam Walker said his client had been seeking help for “alcohol and emotional issues” at the time of the crash, adding that his mother was in the car with him.
He told the district judge the incident was down to “a brief relapse unbeknownst to his passenger”.

“Anthony McPartlin is sorry and is doing everything he can to ensure this never happens again,” Mr Walker said.

“He hopes that in time he can make himself better and that he might be forgiven by all of the many people he knows and he feels he has let down terribly.”

The court heard that in a statement to police McPartlin said: “I am very sorry I did this.

“I am ashamed and mortified that this happened.