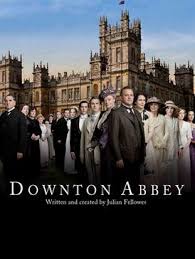 The National Television Awards was a hit last night at the 02 arena as television stars spiced the atmosphere up with their outstanding glamorous dressing, perfect for photo snaps that kept flowing for most of the evening.

The best of television celebrities, including Holly oak stars were in attendance to show off their style and class before the cameras at the glittering bash to which The eye of Media was cordially invited.

Jorgie Porter, Nikki Sanderson, and Amanda Clapham looked a million dollars as they posed for photographers at the luxurious bash. Coronation Street’s Catherine Tyldesley was an eye full in her long Philip Armstrong dress which made her look like the princess of the show. However, more substance than show were the various accomplishments of the television personalities who were not shy to give us a taste of some of the attire that decorate their respective wardrobes.

For the 4th time in five years, Down town Abbey did well in scooping the best drama of the awards . The actors must be feeling on top of the world with such success. BBC doctors collected best new drama and best performance. Actress, Suzanne Jones credited the writer of the series for creating such a complex character.

BBC’s Eastenders were a double award winner in beating rivals Coronation Street, Emmerdale and Hollyoaks, in receiving the prize for best serial drama. Eastenders indeed has been the most engaging soap on our screens with story plots that are truly riveting. The show has for decades captured the interests of most Brits who are television lovers, with several millions informally contracted with their television screens when it comes to keeping track with the story line of Eastenders. Popular Danny Dyer collected the prize on behalf of the cast. Ant and Dec – hosts of I’m a celebrity, get me out of here, collected the prize for most entertaining programme, and the pair indeed have always been a class act on our television screens. The programme have won the award every year since 2011- testament to their excellent skills in keeping viewers entertained, as well as the interesting and clever make up of tasks that form a central part of the programme.

For the second time running, Great British Bake won best challenge show. There were several other winners,and the awards was a success as a whole with most attendees in good spirits, very jovial and joyous. It was great to see the professional manner in which rival programmes congratulated winners from other programmes. The red carpet show was truly blinding and one to remember.