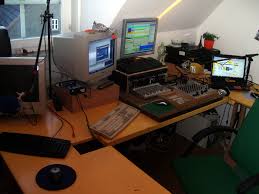 Our internet radio is enjoying support from around the globe, with many of our listeners from countries I didn’t know even exist, like Bahran, Lesatho, Montenegro, Kyrgizstan, Lesatho, Turkmemistan.

Many of our listeners also come from Canada, Australia, The United States, Russia, Egypt Portugal, Kenya, ut very few from Nigeria, Ghana, India, Mexico,Sierra Leone, China, Japan, and a few others.  The countries new to me were certainly never a part of my geography lessons, and even though Geography was not one of my strong subjects in school, names of countries taught to me in school would have stuck in my head.  Various groups from all over the world are joining our Twitter every day. We currently reach 86+ countries

internet radio is becoming more and more accessible around the world, with access to decent internet on the rise.  The rise of the smart phone also makes internet radio more accessible through apps like Tune in which users can download through google play or apple store. A wide variety of music genres are also available on internet radio, as well as talk shows and an array of innovative entertainment ideas.

Anyone can start an internet radio station because it doesn’t require a broadcasting license like other forms of media,  although almost every established  television and radio media company has set up an online streaming version of their fm radio or terrestrial  television. Low start-up and ongoing costs have allowed a substantial proliferation of independent Internet-only radio stations. There are over 3,000 internet radio channels in the UK, though none with the supplementary regular and well appraised blog like ours on the eye of media.com. Our Editor, Gabriel Princewill, has done a marvelous job of appointing a number of people to champion various aspects of our radio, and I am honoured to have the role of managing the overall synchronization of the different roles.We currently host talk shows approximately three times a week on various topics, including politics and sports, and welcome more potential radio presenters who believe that have what it takes to drive our initiative to the next level.

Internet radio can typically listened to on a standard home PC, or a mobile device, through an embedded player program located on the respective station’s website. In recent years, dedicated devices that resemble and offer the listener with a similar experience to a traditional radio device. DJ’s and talk show hosts approved by Gabriel Princewill who join our team, can stream straight online from their laptops at home from whatever part of the world they are in once we give them their time slot and our radio password. That’s how easy it is to be a part of ongoing and innovative goals.

Documented statistics show that In 2003, revenue from online streaming music radio was US$49 million. By 2006, that figure rose to US$500 million. A February 21, 2007 “survey of 3,000 Americans released by consultancy Bridge Ratings & Research” found that ” as much as 19% of U.S. consumers 12 and older listen to Web-based radio stations.” In other words, there were “some 57 million weekly listeners of Internet radio programs. More people listen to online radio than to satellite radio, high-definition radio, podcasts, or cell-phone-based radio combined. An April 2008 Arbitron survey showed that, in the US, more than one in seven persons aged 25–54 years old listen to online radio each week.In 2008, 13 percent of the American population listened to the radio online, compared to 11 percent in 2007. Internet radio functionality is also built into many dedicated Internet radio devices, which give an FM like receiver user experience.

Internet radio was pioneered by Carl Malamud. In 1993, Malamud launched “Internet Talk Radio” which was the “first computer-radio talk show, each week interviewing a computer expert. The first Internet concert was broadcast on June 24, 1993 by the band Severe Tire Damage.