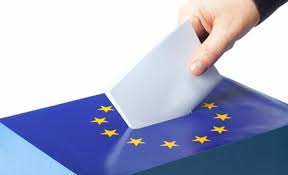 The EU Remain camp have a narrow lead, according to a large survey released from the British Election Survey- one of the largest surveys to date.

The huge sample of 22,000 voters,  indicates that the Remain camp has a narrow lead of 43 to 40.5 per cent, according to new data from the British Election Survey. However, the sample fails to account for those deemed unlikely to vote, who will likely change their minds once they know their failure to vote will keep Britain in the EU.

Once that is taking into account, those who want Britain to leave the EU, are  expected to have a victory by 45 per cent to 44.5 per cent.

The new data comes from a long-term internet panel study led by some of Britain’s leading polling experts in the first findings from a major study to be published later this month. The study has been previewed by Channel 4 news. The sampled survey also indicates wide variations in the close gap between the Leave and Remain groups in Britain.

Also reflected in the data is an indication that ethnic minority voters may hold the balance of power in this historical referendum. White voters are believed to be evenly split,  but the survey suggests that all ethnic minority groups are far more likely to back Remain. This is because ethnic groups identify more with immigrants than many white voters who have never directly had to migrate, nor have many family members in their first or second generations who have. This fact gives the EU Remain camp a narrow lead.

With the big day fast approaching, David Cameron and Boris Johnson engaged in a further war of words, in another intense day of campaigning. Mr Johnson accused the Prime Minister of making Britain looking like “a banana republic”, following the leak of a letter from a senior business leader suggesting Downing Street was orchestrating the Remain campaign even before the EU renegotiation was completed. Could this explain the narrow lead of The EU Remain camp?

Downing street is said to have contacted FTSE 500 companies to urge them to mention the risks of Brexit in their annual reports. Mr Johnson accused business chiefs of backing Remain “while angling for lavish Government contracts”. If this is true, that is undoubtedly covert corruption since a government backed incentive to vote to remain amounts to a dubious vote designed to give the Leave group an edge. The desperation for each side to have their way is peaking high, with each side scared of defeat.

Johnson has been vocal in his attack on what he sees as dirty tactics from the prime minister. Johnson protested:

“It makes us look like some banana republic,” Johnson said. “And it is also now beyond doubt that the so called renegotiation was a fiction designed to bamboozle the public.” Downing Street declined to comment on leaked documents, the silence itself an indication of the truth of the contents contained in the leak. Currently, none of the leading companies backs the idea of Britain leaving the EU, with the Bank of England, the IMF, and many other leading economic institutions spelling doom for Britain in the event of Brexit.

However, Boris Johnson and his many supporters have dismissed those claims as scare-mongering, insisting that Britain will be better placed to renegotiate its own trade deals and enjoy its sovereignty outside of Europe, not inside.

Mr Cameron meanwhile urged voters to consider the views of Britain’s allies, who he said were all against Brexit.