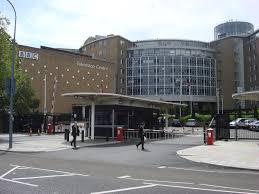 The BBC, Channel 4 and ITV are in talks about joining forces to create a British streaming service to combat the increasing power of Netflix and Amazon in the UK.

The fresh talks which involve NBC Universal, the U.S TV- film group that owns the maker of Downton Abbey- are seeking to amalgamate the forces of the broadcasters and top programme makers, in order to create a streaming rival to the popular and deep-pocketed newcomers that have transformed broadcasting.

“All options are open, they are early conversations and no direction is firm yet,” one source with knowledge of the talks said. “But they know a video-on-demand platform play would be a true defence for the UK creative industries.” A second source described it as a “public service broadcaster domestic competitor to Netflix.”

Netflix currently has 8.2m subscribers in the UK with 4.3m British households signed up to Amazon Prime Video, .

The BBC has traditionally dominated the UK TV and radio landscape for years, and the idea of a merger would benefit all parties phenomenally.

The broadcasters are exercising high business acumen in appreciating the joint benefits in bringing their forces together for their collective good.
It is the third time in over a decade that the BBC, ITV and Channel 4 have put their rivalry aside in a bid to secure joint profits. Previous efforts to balance the commercial and public service remits they follow have proved challenging.

Similar talks were held two years agom but only ITV and Channel 4 benefited from it/ including Channel 4 would come on board for a UK service, but a British launch did not take place.

ITV and Channel 4 have since had a string of senior management changes, most notably in appointing new chief executives in Carolyn McCall and respectively, both of whom are looking hard at the best strategic digital options for the future.

The BBC corporation has long aspired to use the strength of iPlayer as the master brand, but this has been resisted by Channel 4 and ITV, which have been driving their services, All 4 and ITV Hub, with increasing success with viewers. All three corporations are financed by the public sector  and naturally seek to build on their market power in the media industry. If approved, it be a huge achievement for the history of the corporations, and will expand their appeal with viewers. It won’t stop the automatic competition between them, which in many ways is helpful in raising standards of broadcasting.