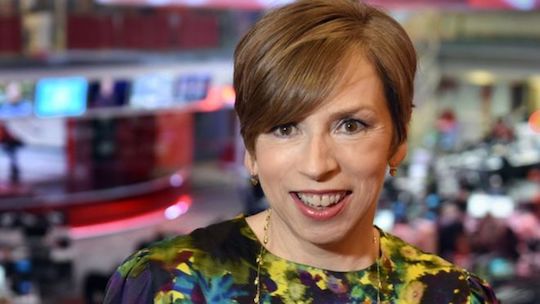 BBC’s director of news Fran Unsworth put on a confident display in her testimony at the Cliff Richard case in the High Court.

Speaking articulately and coherently, Fran Unsworth defended in detail the decision of BBC journalists to broadcast the police raid on the Berkshire property of Sir Cliff Richard.

Fran Unsworth told Mr Justice Mann at a High Court trial in London that the BBC had a responsibility to report the search in August 2014, given a public interest in the story. . She insisted she took that view at the time and still holds the view.

Sir Cliff, 77, is suing the BBC over coverage of the South Yorkshire Police raid on his home and seeking damages at the “top end” of the scale.

The BBC is fighting his claim, saying that the coverage of the search of the apartment in Sunningdale, Berkshire, was accurate, in good faith, and a matter of public interest.

Unsworth told the judge: “I took the view, and still do, that we had a responsibility in the public interest to report this whilst still being sensitive to the position of Sir Cliff.

“The BBC has publicly said it is very sorry that Sir Cliff suffered distress and that remains the position.

“The BBC’s reporting prominently featured Sir Cliff’s full denial of the allegations as soon as the denial had been issued.”

Unsworth was deputy director of BBC news and current affairs at the time of the police search.

“It is the responsibility of the BBC as a journalistic organisation to report the news and information of public interest,” she said in a written witness statement.

“This includes in principle the reporting of police investigations and activities, including arrests and the charging of individuals.

“The BBC is very conscious of its legal responsibilities in reporting such matters.”

Sir Cliff Richard is suing the BBC for what he says was an intrusion of his privacy, and wants extremely high damages for the stress he suffered. The BBC is fighting hi claim strongly.

Unsworth said there was no “blanket legal or editorial rule” banning the naming of people under police investigation. She said the BBC made efforts to offer a “right of reply”. The BBC’s aim Unsworth said, was to ensure “fairness and accuracy” and to give the audience as “full a picture as possible” at the time of broadcast.,

She added that privacy issues with the reporting of the raid was an “editorial matter, rather than a legal one”.

She said she had addressed her mind to Sir Cliff’s rights to privacy and realized the story would have a “significant impact” on the singer, so had to “think carefully” about whether the BBC should run it.

She told the court : that “Allegations of sexual assault by high-profile individuals in the public eye and the investigation of such allegations are, in my view, public interest matters for news reporting.

“Media reporting can lead to witnesses coming forward, sometimes to disprove the allegations or sometimes other complainants may come forward.” Unsworth’s reasoning seems to make a lot of sense, and it will be for the judge to decide if they are legally valid in this case.

Unsworth made reference to media reporting of allegations of sexual misconduct and inappropriate behavior against film producer Harvey Weinstein and actor Kevin Spacey. She also made reference to reporting of sexual abuse allegations against football coaches.
“It is crucial that the BBC and other broadcasters can show viewers what is happening, not just tell them,” she said.

“Visual images of events actually happening are far more impactful than words spoken by the newsreader or another journalist.”

Subsequent viewings of the footage did not strike her as being “particularly intrusive” she said, adding: “I think that what I was thinking was that Sir Cliff was not in the property, that the shots through the window were of policemen and they were quite blurred.

“It didn’t strike me as intrusive. Unsworth said she was asked to make a decision on whether to approve broadcast reports in the event that the police search went ahead.She concluded it to be a story in which Sir Cliff Richard must be identified. Unsworth also said there was a general consensus between senior editorial news staff they should report the search and ”the allegation in connection with which it was made”

“It was ultimately my responsibility, by virtue of my role, to make a decision whether the BBC would run that story on that day,” she went report the fact of (the) search and the allegation in connection with which it was made.”