The service quality for children’s social care is “bleak”, according to a report by a leading education policy think tank has said. 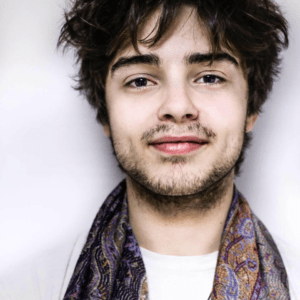 The evidence review by the Education Policy Institute of children’s social care expressed concern for the outlook for children’s service, given the impact of “years of local overspend and insecurity in the workforce”.

The review pointed to Ofsted inspections that concluded 64% of local authority children’s services in England were ‘requires improvement’ or ‘inadequate’ under the inspection framework operated by OFSTED until late last year. In a disturbing conclusion, it said that the context where child poverty was projected to increase, “the strains on the system are unlikely to decrease without significant additional spending”, the report stated.

“To maintain statutory services, local authorities have balanced a fall in local spending power since 2010 with cuts to early support services combined with the use of budget reserves,” the report said.
The heavy reliance on agency workers in some areas could also be “problematic”, and burn out was a significant problem in children’s social work, the report claimed.

The report said that the effects of the adverse childhood experiences leading to social care intervention stretch well into adulthood, and include mental health difficulties and crime.

It warned that efforts to prioritize looked after children in schools, through virtual school heads and the
LAC pupil premium had not prevented experiences that were characterized by instability and poor outcomes.

Child poverty is also projected to increase, and the strains on the system are unlikely to decrease
without significant additional spending, the report adds.

Research, the report says, suggests that the most affected parts of the country are those that have already borne the brunt of cuts to preventative services. The risk of worsening child outcomes can only be averted if services are sufficiently resourced to tackle the underlying connections between poverty and child protection risk, the report said.

In order to maintain statutory services, ”local authorities have balanced a fall in local spending
power since 2010 with cuts to early support services combined with the use of budget reserves”, the report notes.
Social care staffing is showing signs of strain, and different parts of the country have adapted
differently to the challenging context.

The report stated that Social worker change has been linked to a loss of trust among children in need,” the report said. Late intervention and statutory services had “weathered” funding cuts so far, but early intervention had not, despite “solid evidence” in its effectiveness, it also concluded.

Report author and senior researcher at the Education Policy Institute Whitney Crenna-Jennings criticized the capacity of local authorities to offer preventative services. She said it had been “compromised” by financial constraints.

“Along with instability in the workforce, it is likely that these problems could result in adverse effects on both the short- and long-term outcomes of those in contact with social care,” she said.

“To safeguard the future of hundreds of thousands of vulnerable children in England, the government should ensure that local authorities are able to draw on sufficient resources so that more preventative services can be delivered.