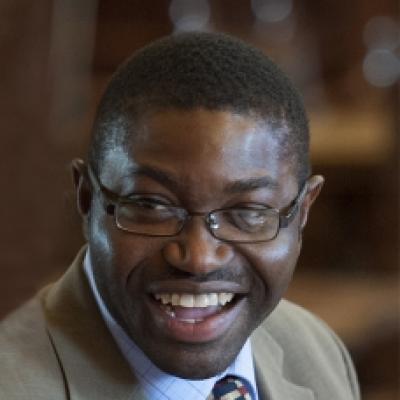 An Oxford professor of Law chosen by the United Kingdom  as candidate for the International Law Commission for the term 2023 to 2027.

Professor Akande was this week  nominated by Japan, Kenya, Nigeria and Slovenia,  raising his profile on the international scene as a man of admirable accomplishments. Each member of the International Law Commission may nominate up to four candidates for the position, but very rarely do four members nominate the same individual for such a top post.

Surely, there are many  bright and accomplished lawyers hailing from the four countries that nominated him, and also from the Uk, but his acumen, dedication and big heart for the legal profession has set him apart from many of his

Professor Akande’s strong historic links with the international legal community, makes him a hot choice over  the likes of Kenya’s Professor Phoebe Okowa. The election will take place in November 2021.

This is the first time in ILC history that a candidate has been nominated by countries from four different United Nations (UN) regional groups. Akande is up against good talent in the legal field, but has a wide ranging expertise that makes a him a most formidable opposition to have for any promising post.

His intimidating CV reveals a brilliant academic standing tall in a profession filled with bright minds, and although he is up against other well accomplished candidates, his vast experience and expertise pushes him ahead of many of his competitors.

Raised in Ibadan, Oyo State, he qualified as a lawyer from the Nigerian Law School, and received his LLB at Obafemi Awolowo University.  He has also served as a consultant  to the United Nations (UN) the African Union (AU) the North Atlantic Treaty Organization (NATO) the International Criminal Court (ICC) the Food and Agriculture Organization (FAO) the Commonwealth Secretariat.

Professor Akande is Professor of Public International Law at the Blavatnik School of Government, a Fellow of Exeter College, Oxford and Co-Director of the Oxford Institute for Ethics, Law and Armed Conflict (ELAC). Prior to his movement  to the Blavatnik School, he was Professor of Public International Law at Oxford Law Faculty and was, from 2012 to 2017, Co-Director of the Oxford Martin Programme on Human Rights for Future Generations.

He has held visiting professorships at Yale Law School, the University of Miami School of Law and the Catolica Global Law School, Lisbon. Topping all that up , Professor Akande is also a founder of EJIL:TALK!, and a board member for several legal journals and scholarly societies around the world

During his career, Professor Akande has demonstrated a strong and longstanding commitment to promoting the highest standards in international law and also to strengthening the Nigerian legal system. He has represented Nigeria before the International Court of Justice and the International Tribunal for the Law of the Sea.

He also provided training to the Federal Director of Public Prosecution and the Nigerian Army on strengthening justice and accountability in Nigeria and capacity building for prosecutors to address the most serious and complex crimes under Nigerian criminal law.

Today, Professor Akande will take part in the event ‘Crimes Against Humanity: the legal framework and the work of the International Law Commission’ with Professor Charles Jalloh, Sierra Leone candidate for the ILC, and Professor Phoebe Okowa, nominated for the ILC by Kenya and UK.

Professor Akande is also a founder of EJIL:TALK! and a board member for several legal journals and scholarly societies around the world.

Professor Akande has demonstrated a strong and longstanding commitment to promoting the highest standards in international law and also to strengthening the Nigerian legal system. He has represented Nigeria before the International

His intellectual substance is highly respected among legal experts across the globe. Driven by initiative and extraordinary goals, he is also an adviser to many groups and organisations or important policy issues and general direction.

Professor Akande has a strong vision, and if elected he has three main aims: to help the Commission solve contemporary problems of international law; to work closely with UN member states in identifying topics and developing solutions and; to ensure the highest standards of technical legal expertise.

”The United Kingdom has always been a strong supporter of the International Law Commission and is proud of the contribution that British international lawyers have made to its work. I believe that Professor Akande is perfectly positioned to strengthen this contribution yet further.

Professor Akande said about the honour :

”It is a true honour to be nominated by the UK, Nigeria, Japan, Kenya and Slovenia for the International Law Commission. Throughout my career, I have championed and promoted internationalism. If elected, I will strive to make a meaningful contribution to international law and international cooperation.