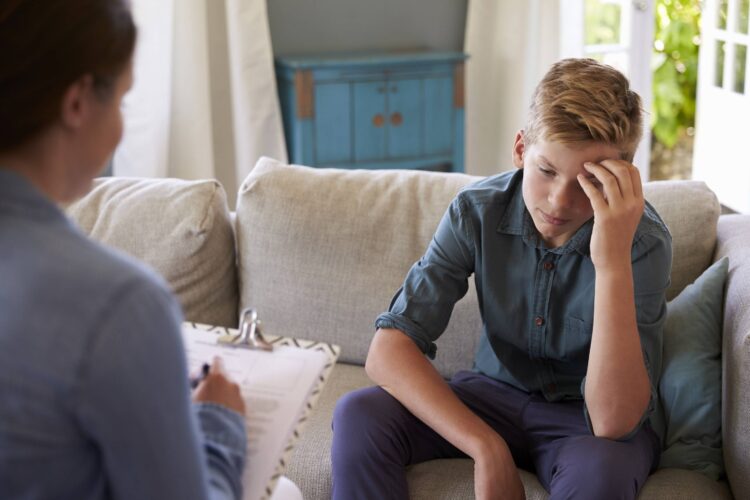 A desperate need  to the problem comes after a report  revealed  that around one in seven girls in England and Wales are sexually abused before they turn 16, according to estimates in a report revealing an “increasing failure” to protect children.

Under the Youth Justice System,  when prosecuting youths who have committed sexual offences prosecutors must have regard to the to the principal aim of the youth justice system which is to prevent offending by children and young persons but also to the welfare of the offender. The overriding purpose of the Sexual Offences Act 2003 is to protect children. It was not Parliament’s intention to punish children unnecessarily or for the criminal law to intervene where it was wholly inappropriate.

Most sexual abuses against children are committed by a depraved family member, like an Uncle, a friend or former partner.  However, there are many youths who are abused by other youths their age, or slightly older.

The government says there  is a fine line between sexual experimentation and offending and in general children under 13 should not be criminalised for sexual behaviour in the absence of coercion, exploitation or abuse of trust.
Where a very young child has been seduced by a youth, or a baby sitter in a position of responsibility has taken advantage of a child under 13 in his or her care a prosecution is like to be in the public interest.

Careful regard should be had to The relative ages of both parties, its guidance says.
The existence and nature of any relationship The sexual and emotional maturity of both parties and any emotional or physical effects as a result of the conduct.

Where both parties are under 16 years they may both have committed a criminal offence. However prosecutors should bear in mind the overriding purpose of the legislation was to protect children and it was not Parliament’s intention to punish children unnecessarily or for the criminal law to intervene where it was wholly inappropriate.

Experts from the Centre of expertise on child sexual abuse (CSA Centre) have warned that child sexual abuse (CSA) has become  a more hidden  epidemic and that the gap between recorded cases and levels of abuse is likely to be widening.  A desperate solution is necessary, which might require tougher sentences for abusers to address the problem.  Abusers of children are currently put on the sex offenders register and sentenced to about 14 years  imprisonment, but this may not be enough.

Some critics believe those proven to have committed sexual abuse should be caged away for life. It may seem strict but it could provide a deterrent to the growing problem.

They warn of a decline in child sexual abuse cases identified by child protection services or police even before the coronavirus pandemic, when opportunities to spot children at risk were curtailed.

The CSA Centre analysed prevalence estimates and official data up to March 2020 in its latest report, The scale and nature of child sexual abuse.

It concluded that estimates vary, with 7.5% of adult respondents to the 2019 Crime Survey for England and Wales (CSEW) reporting experience of CSA before turning 16 – a similar proportion to those who experienced physical abuse.

A 2009 NSPCC study found that 24.1% of UK 18 to 24-year-olds had  reported experiencing CSA up to age 18.
Based on these and other data, the CSA Centre suggests a more realistic estimate is that at least 15% of girls and 5% of boys experience some form of CSA before the age of 16.

The disturbing details  included contact abuse in all forms, including acts by those under 18, as well as indecent exposure.   Existing data does not show how prevalence has changed over time, how much CSA is committed by under-18s, or how much is facilitated online.

The CSA Centre said the majority of abuse is never reported or uncovered, and it is often not until adulthood that a survivor may speak out.

Fewer than 10% of children become known to agencies when abuse is taking place, according to the CSEW.
Figures analysed in the report from local authority children’s services show that England has seen its largest drop in child protection plans for CSA in 18 years.

At the same time, police-recorded CSA offences in England and Wales have levelled off.
Extrapolating the results of the NSPCC survey to reflect mid-2019 population levels suggests that 500,000 children experienced sexual abuse in the previous 12 months, the report found.

Since the period examined in the report, the coronavirus pandemic response is likely to have increased some of the known preconditions for CSA and limited professionals’ abilities to respond to concerns, it further stated.

The report reads: “In the year to March 2020 the overall picture was one of a continuing and significant gap between the number of children who experience sexual abuse and the much smaller number who are identified and supported by agencies.

“It is likely that the Covid-19 pandemic widened this gap further in 2020/21, with lockdowns making children even less likely to be able to be noticed or tell someone about their abuse.”
Ian Dean, director of the CSA Centre, called for better data, a national prevalence study and dedicated training to help professionals such as teachers, social workers and the police respond to concerns.

He said: “As a society it is not just that we don’t see child sexual abuse, we don’t want to see it – especially when it is happening close to us; we just don’t want it to be true.
“It is important that we all start to acknowledge the scale and nature of child sexual abuse and resist the urge to keep it at arm’s length.”

He added: “With families having spent the last year in ‘stay at home’ pandemic measures and in stretched childcare situations where online access was more prevalent and supervision was more of a challenge, it’s even more important that we act quickly and with confidence in protecting children.”
Javed Khan, Barnardo’s chief executive, said it is “essential” that better data collection finally provides an up-to-date estimate of how many children are being abused.

He said: “Too many children continue to slip through the net and miss out on support, meaning victims are increasingly hidden.

“We urgently need to close the widening gap between the true scale of abuse and the response recorded by agencies.”
Deborah Denis, chief executive of the Lucy Faithfull Foundation and Stop It Now! UK and Ireland, said CSA should be tackled with the same determination and resolve brought to overcoming Covid-19.
She said: “We know most children who are sexually abused are abused in the family environment, typically by someone they know, including by other children and young people.

“We know that most sexually abused children don’t come to the attention of the authorities, and today’s report shows that this problem of under-identification is getting worse.”
Home Secretary Priti Patel said: “Child sexual abuse is one of the worst crimes imaginable and we have been relentless in our efforts to tackle it.

“This year we published a first-of-its-kind national strategy to respond to all forms of child sexual abuse, go after abusers and better protect victims and survivors.
“We have also invested in the National Crime Agency to tackle offending and transformed the Child Abuse Image Database used by law enforcement.

“The Government is constantly striving to better understand the scale and nature of child sexual abuse, which is why we established and fund the CSA Centre to improve our understanding of the issue and what works to tackle and prevent it.”