Why has NASA recently announced it’s $1m grant to investigate the impact of aliens on religion?

It has recently been revealed in the past week, that the National Aeronautic and Space Administration, (NASA)- a part of the U.S. government- awarded a huge grant last May, of $1.1m to the CTI, to study the implications of extraterrestrial life on religion. That announcement was not even made in the mainstream media. It’s announcement, through the CTI, seems to have restricted in its announcement to some scientific communities,  some UFO and blogging sites The money, intended to fund a team of scholars, including theologians was designed to see how religious group will respond to an official announcement that aliens exists- a sign that such an announcement is in the pipeline for the near future. The official statement from the CTI, reads:

”The Center of Theological Inquiry (CTI) is pleased to announce that it has been awarded a grant by the NASA Astrobiology Program to convene an interdisciplinary inquiry into the societal implications of the search for life in the universe.

The project is intended to refresh and expand scholarly and public dialogue on this subject, which is of growing interest due to the discovery of thousands of extra solar planets and the ongoing search for potentially habitable environments in our solar system and beyond. With this $1.108 million grant, CTI will oversee a resident team of visiting scholars in theology, the humanities, and social sciences that will conduct an interdisciplinary inquiry on the societal implications of astrobiology, the study of the origins, evolution, distribution, and future of life in the universe. 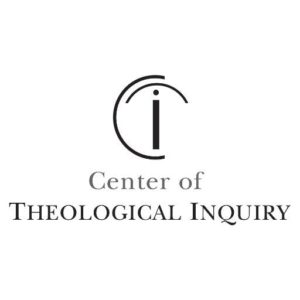 In a formal announcement of the the NASA grant, CTI’s director William Storrar said, “The aim of this inquiry is to foster theology’s dialogue with astrobiology on its societal implications, enriched by the contribution of scholars in the humanities and social sciences. We are grateful to the NASA Astrobiology Program for making this pioneering conversation possible.”

CTI is an independent academic institution for interdisciplinary research on global concerns with an international visiting scholar program in Princeton, NJ. Further information on CTI’s resident program and application process can be found on the Center’s website at: www.ctinquiry.org. The Request for Proposals on this topic for the 2015-2016 academic year can be found here, with the online application window open from December 15, 2014 to January 31, 2015”.

However, objection to the grant has been voiced by an atheist group. The group, known as freedom from religion(FFRF) are a none profit organization.  They consider the money wasteful. The group say there should be a constitutional separation between Church and State.   They further claim that the huge sum to a religious organization is illegal . The group claim that  science is based on fact, open to modification by any future fact that may displace it. Religion, on the hand is based on faith, the group insists. Religious groups will predictably try to explain  off the existence of aliens. Alternatively, they may incorporate it forcefully into their teachings, the group’s long and coherently written letter claims.

The letter, seen by the eye of media.com has requested for NASA to stop spending the money on their research, condemning it as wasteful. Other social media users have questioned why NASA, has allocated to much money on this particular investigation.

However, the objection has come too late, as NASA are already one year into their research of how evidence of aliens will impact religion, in particular Christianity.

NASA, are a smart organization, and probably predicted the possibility of the objection and obstruction coming. Any official announcement was always going to be about timing, allowing them sufficient time to carry out their inquiry. NASA is a branch of the U.S government, and therefore may know something we don’t. Alternatively, they may have very good reason to speculate when the government will announce this. After all, they work with the government.

Research into extra terrestrial life has been going on for some years now, with awareness growing by the day. YouTube channel, Secure team, is one of the leading channels dedicated to the study of UFO’s and have featured several footage of unidentified flying objects, considered to provide proof of aliens. This is because of the vast nature of their operations and several eye witnesses of experience and professional pilots, policemen, and several reliable sources of ordinary citizens.

Experts and observers of notable clout believe the overwhelming evidence gathered so far will throw religion off its course, though quiet research conducted by the eye of media.com already indicates that some religious organizations have their own answers  for what these aliens might be. A heated debate will follow any official disclosure of aliens, but it might well be that NASA are pursuing a soft disclosure on the issue, by allowing this news out over a year after they commenced their interdisciplinary research.  The inquiry into how religious organizations will respond to the existence of aliens is preparatory. It is meant to prepare NASA for the various interpretations that could follow an official announcement. It is also meant to prepare those of us aware for the the hot revelation to be announced anytime between now and the next U.S elections.