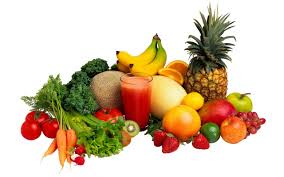 What we are eating has always been a major determinant of how we think, how we look, and the state of
our physical bodies. There is no escape from this.

The tastiest foods are often the worst for us, whilst foods not as tasty are actually more healthy for our look, minds, and body. In fact, the Department of Environment, Food and Rural Affairs recently released the findings of a survey taken from 150,000 households between 1974-2000 (a 26 year period) that reflected on the changing patterns of British households when it comes to purchase of food.

Over the years, many Brits have been wise to the fact that certain foods are simply bad for us, and have adjusted their feeding habits to incorporate the wisdom of good and healthy living. Purchases of white bread have dropped 75% since 1974, according to the survey, while those of brown and wholemeal bread have risen by 85%. Skimmed milk (referring both to skimmed and semi-skimmed) overtook whole-fat milk in the 1990s and British households now drink four times as much.

This is good news because white bread has so much carbohydrates in it , that anything more than two slices at a sitting is bad for the skin and the mind. Really?Oh yes! The same goes for white rice which is heavily saturated in starch and high carbohydrates, and swells in the body fattening up layers of the skin, and ageing it faster than usual. A bit of white rice is useful just before healthy exercise or just after exercise to replenish lost cells used up in high fitness work outs.

However, plenty of white rice consumed without exercise is simply not good for the body or the mind. My apologies if I am spoiling it for white rice lovers. Some people with faster metabolism may not show visual signs of getting fat, probably because of the nature of their genetic composition, however, a lot of rice over time ages the skin and gradually accelerates the appearance of wrinkles, or deep lines on the face. For some, it just puts unnecessary layers of fat on the face, neck, and sides of the body. Brown rice is a lot healthier for the skin, but should be eaten in moderation because large quantities of brown rice (basmatti or otherwise) will eventually gather more starch than necessary.

Let’s not even mention cakes and chocolates, because those are for kids who are not conscious of health. Some may eventual get away with the negative effects if they adjust before its too late, but adults who love these don’t love themselves. Research shows that women are more diligent with their feeding habits than men, mainly because they naturally take more pride in their looks.

This is why a large percentage of the British public have adjusted their feeding habits, but a much higher proportion continue to eat large portions of white rice and white bread to the detriment. of their well being. Most milk drinkers also prefer full fat milk, but all they are doing is storing an unnecessarily large amount of fat in their bodies. Imagine those who feed regularly on white rice, white bread, and then add to this a regular portion of chips and /or McDonalds to their diet. Recipe for disaster! You are what you eat, and every time you form the habit of eating wrong foods, you are actually a contributor to how you look now or how you will look in the future. Some people show the damaging signs slower than others, but bad feeding takes its tool on all who practise it.

Those who want to live healthy and look their best, are best advised to practise eating what is good for them and not just what they are used to eating. Healthy eating includes salads, vegetables, fish, none fried chicken without the skin, a limited number of fruits(because many fruits contain a lot of sugar) skimmed milk,  cooked beans as a substitute for baked beans. Fast foods like Pizza, chips, burgers, fried chicken, are all absolutely rubbish food that temporarily satisfies your appetite and taste buds, but in the long run make you hate the reflection you see in the mirror. You need to eat and live well to look your best and be your best. Regular exercise is the icing on the cake.