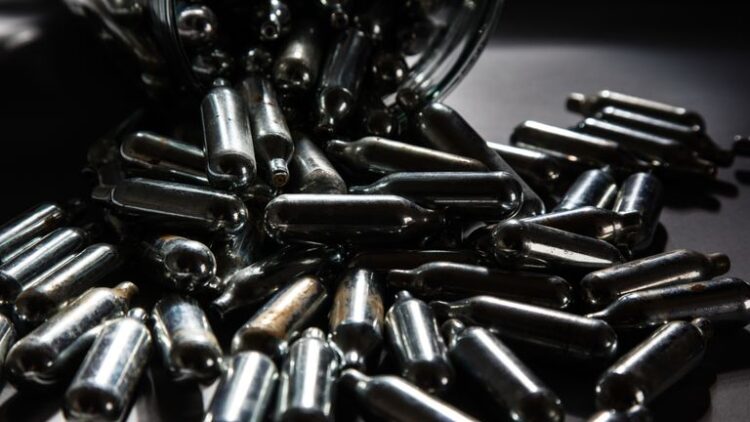 A new study has found that low doses of ‘laughing gas’ could help provide effective treatment for depression.

This study from researchers at the University of Chicago Medicine and Washington University, revealed that a single inhalation session with just 25% nitrous oxide gas was almost as effective as 50% nitrous oxide when looking to rapidly relieve symptoms of treatment-resistant depression.

Nitrous oxide can give a short boost to mood as well as relieving pain – hence its original name of laughing gas – but the effect is thought to wear off quickly. Nitrous oxide is one of the most common anaesthetics, used by hospitals, dental surgeries and paramedics, as well as being available illegally in small capsules for recreational use.

As well as fewer adverse side effects – such as nausea, vomiting and headaches – the positive effects were also found to last far longer than had previously been thought, with some participants experiencing improvements for upwards of two weeks.

These results are good news  for mental health patients do not respond to typical antidepressants.  Colloquially referred to as ‘laughing gas’, nitrous oxide is conventionally used as a type of anaesthetic, offering short-term pain relief for patients during dental and surgical procedures.

The gas mainly affects the brain by blocking molecules on nerve cells called N-methyl-D-aspartate (NMDA) receptors. This is the same thing targeted by the stronger anaesthetic ketamine, which also relieves depression; a similar chemical to ketamine has recently been approved as a new intranasal spray treatment.

It isn’t known how NMDA receptors change mood. But as the antidepressant effects of ketamine started to emerge, Peter Nagele, then an anaesthetist at Washington University School of Medicine in St Louis, Missouri, wondered if nitrous oxide had similar potential.

In a previous study, researchers tested out the effects of a one-hour inhalation session with 50% nitrous oxide gas with 20 patients.

This prior study led to rapid improvements in symptoms of depression  lasting for at least a 24-hour period when compared with a placebo. However, it was also found that several patients suffered negative side effects.In this most recent study, investigators repeated a similar protocol, again looking at 20 patients. However, this time around, they adding an inhalation session using 25% nitrous oxide.

Peter Nagele, MD, Chair of Anesthesia and Critical Care at UChicago Medicine, said:
This investigation was motivated by observations from research on ketamine and depression. Like nitrous oxide, ketamine is an anaesthetic, and there has been promising work using ketamine at a sub-anaesthetic dose for treating depression.

We wondered if our past concentration of 50% had been too high. Maybe by lowering the dose, we could find the ‘Goldilocks spot’ that would maximize clinical benefit and minimize negative side effects.
Going forward, these results would suggest promise for nitrous oxide to used as a quick, effective treatment for sufferers of severe depression who are not responding to typical treatments”.