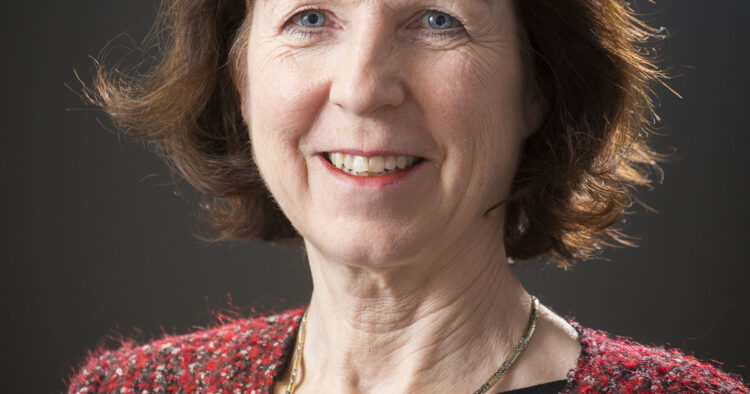 A sage scientist has irresponsibly called for indefinite mask wearing and social distancing. in an attempt to contradict government promises to the British public.

Professor Susan Michie, of University College London, has irresponsibly called for  she thinks the draconian restrictions should become part of people’s every day routine. It what appeared to be a promotional job, the professor went as far as saying vaccines were not a key part of controlling the pandemic, they are just one part.
Professor Michie told Channel 5 News: ‘Vaccines are a really important part of the pandemic control but it’s only one part. Ms Mischie overlooked past promises of the prime minister to return things to normal. She is now trying to promoter a permanent norm

‘Test, trace and isolate system, border controls are really essential. And there third thing is people’s behaviour.
‘That is the behaviour of social distancing, of when you’re indoors making sure there’s good ventilation and hand and surface hygiene.
‘We’ll need to keep these going in the long term and that will probably be good not only for Covid but to reduce other diseases at a time when the NHS is…’
She was cut off by presenter Claudia-Liza Armah who asked her: ‘When you say the long term, what do you mean by that – how long?’
Professor Michie replied: ‘I think forever, to some extent.’ Both the host and the professor laughed at the bizarre suggestion.

Later in the programme when asked if it was her view was that  people could continue to live with masks and social distancing, the learned professor  gave the poor and incomparable example of wearing seat belts.
She said: ‘I think there’s lots of different behaviours we’ve changed in our lives. We now routinely wear seat belts, we didn’t use to.

‘We now routinely pick up dog poo in the park, we didn’t use to. When people see that there is a threat and there is something they can do to reduce that… themselves, their loved ones and their communities, what we see now over this last year is people do that.

‘And I think we can just begin to adopt routines. When we go out of the house we check we’ve got our phone, we’ve got our keys, we’ve got tissues, we’ve got a face mask in case we need to use it.
‘It’s not going to be a huge big deal the kind of changes we’re talking about and I think we also need to think about the way we plan our cities, our transport our lifestyles.
‘Instead of going back to huge long commutes, have more local working hubs where people don’t have to travel so much – good not only for the health, but there environment.’

The difference between wearing seat belts being made to wear masks indefinitely are obvious. In the former, the public all appreciate the benefits of wearing seat belts for their safety, but in the latter, the wearing of masks  and social distancing would be imposed on society even if the threat did not match the precautionary measure of wearing masks. Her second example that ”we all routinely  pick up dog poo in the park, we didn’t use to”, was the most ludicrous of her comments. Many people would cringe at the thought of picking up dog poo, mainly dog owners will be familiar with that practise.

Professor Mischie’s stance lacks true credibility, and appears to be motivated by goals of her own.Imposing masks and social distancing on the public without a time limit would be the most draconian measure which the British public would have been subjected to. More is expected of a professor trying to advise the public.

It would lead to endless justified protests, and worsen mental health issues in the Uk. Mental health problems are serious enough, without extra problems heaped on society by professionals seeking to have their voice stamped in history. without dotting all the i’s and crossing the t’s.

The irresponsibility of the suggestion of  indefinite social distancing and mask wearing is evident in the consequence of laws that authoritarian. People will be forced to live like robots and socialise in a way they are being dictated to, without any sound basis for this. Wearing masks forever would amount to dehumanizing is as human beings, making us become faceless- directly against every sense of our human rights.

The reality is that our immune system has to adapt and evolve, we can’t just become a slave to  masks, and indirectly, fear. Imposing mask wearing would instil fear in people and exacerbate mental health issues in people.

During the heights of the pandemic, the public understood the value of limiting the spread of the virus through social distancing and mask wearing. The presence of the Indian variant contributed to continuous mask wearing for the safety of the public.

Vaccinations of more than one dose has been presented as the most effective way to combat the virus by significantly reducing the chances of those vaccinated from becoming infected. The government has emphasised that vaccines do not offer total protection, the precise reason mask wearing has continued. The reality is that our immune system has to adapt and evolve, the suggestion by the professor

The idea of  a permanent state of social distancing and mask wearing pushed by this sage scientist should be brushed aside as an excessive recommendation that takes no consideration of those it would seriously  affects .