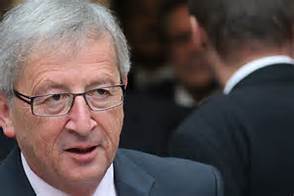 The U.S has asked the EU to not to increase military spending. Modern politics is also about humanitarian assistance and development, not only “raising defense spending,” he added.
Juncker indicated that he did not want to be dictated to by America on defense spending
The EU president’s remarks came following US Secretary of Defense James Mattis warning that NATO member states to increase military spending, otherwise Washington may “moderate” support for the alliance. He said:
“America cannot care more for your children’s future security than you do,” Mattis told NATO defense ministers.
Nato wants to retain its autonomy on spending, but America has declared its position, if Nato is to benefit from American support. President Trump had originally expressed opposition to supporting Nato , but appears to have yielded to Theresa May’s persuasion to support Nato. Trump honored the special friendship to the UK by openly compromising on his initial position , in which the U.S president originally described Nato as obsolete. However, Trump’s support for Nato will come at a price. His administration will stipulate demands from the Nato, which will not always seat well with Nato.

Juncker himself has dictatorial tendencies, and wants to operate according to his own ideologies. He was very bullish with the Uk during negotiations with Britain over Brexit, and is unlikely to compromise on the terms of Brexit. His natural proclivity will be to want Nato to operate independently on military spending and not be dictated to by any other authority. However, in Trump, Juncker may have met his match.

The American president and his team are firm in their vision of what they want, irrespective of perception or the division it may cause. Most important is the logic of each policy and political stance, and whether the Trump administration are conveying their message and stipulations in a clear way.

Mattis said that “our community of nations is under threat on multiple fronts as the arc of insecurity builds on NATO’s periphery and beyond.”

“I am optimistic the alliance will adopt a plan this year, including milestone dates, to make steady progress toward meeting defense commitments in light of the increased threats that we all agree that we face,” he added.
He gave the example of four EU states which have managed to meet the “two percent defense spending commitment” – the UK, Greece, Poland, and Estonia.

“These countries are leading by example, making real sacrifices,” Mattis said. “All allies recognize that they are benefiting from the best defense in the world so I’m optimistic that all nations are on a steady path to reach the level of commitments made at the Wales and Warsaw summits.”
This is not the first time Juncker has lashed out at the new US president. In November, the EC president fired a volley of criticism across the Atlantic, saying: “we will need to teach Trump what Europe is and how it works.”
“I think we will waste two years before Mr. Trump tours the world he does not know… The election of Trump poses the risk of upsetting intercontinental relations in their foundation and in their structure,” Juncker said, addressing students at a conference in his home state, Luxembourg.