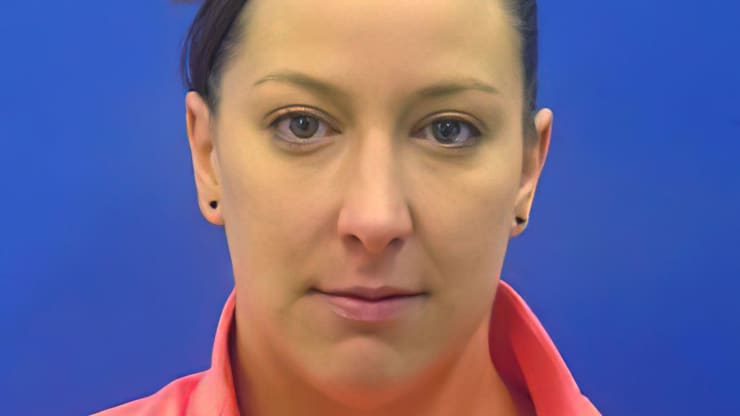 The family of Ashli Babbitt – the Capitol rioter who was killed by police on January 6 – is suing to force Washington DC to reveal the identity of the officer who shot her.

In the lawsuit,  set to be heard on September 3, Babbitt’s family are also demanding access to video footage, witness statements and other documents gathered as part of the Metropolitan Police Department’s (MPD) investigation.

The suit, filed last week, comes after lawyers for Babbitt’s family said the MPD failed to respond to a Freedom Of Information Act request filed by her husband asking for records that would show the probe’s findings and reveal the identity of the shooter.

The legal team have said they also plan to file a separate suit against U.S Capitol Police demanding upwards of $10 million in damages, after the Department of Justice announced in April that no criminal charges would be brought against the officer who shot Babbitt.

Terrell Roberts, representing Babbitt’s family, told CNBC that the civil suit would claim that the officer used excessive force in violation of Babbitt’s constitutional rights, and would accuse Capitol Police of ‘possibly failure to train, discipline and supervise the officer who killed Babbitt’.

Babbitt, a 35-year old air force veteran, was shot as she attempted to climb through a broken window inside the Capitol building during the riot. He was pronounced dead after being transported to a local hospital. She has since been painted as a martyr for far-right Trump supporters.

Officials examined video footage posted on social media, statements from the officer involved and other officers and witnesses to the events, physical evidence from the scene of the shooting, and the results of an autopsy.

Based on that investigation, officials determined that there is insufficient evidence to support a criminal prosecution.

‘The investigation revealed no evidence to establish that, at the time the officer fired a single shot at Ms. Babbitt, the officer did not reasonably believe that it was necessary to do so in self-defence or in defence of the Members of Congress and others evacuating the House Chamber,’ it concluded.

Tabbitt was one of hundreds of former President Donald Trump’s supporters who stormed the Capitol on January 6, obstructing  the confirmation of President Joe Biden’s electoral victory, as attendees at a joint session of Congress, including the then vice president, Mike Pence,  fled for safety.

The break-in was inspired by strong rhetoric from president Trump at a nearby rally, in which the former president urged  his followers to march to the Capitol and pressure Republicans not to accept the results of the election. The invasion resulted in five deaths. Among other inciteful comments made by Trump at the time was that if the didn’t fight they won’t have a country anymore, and that Mike Pence didn’t have the courage to to insist on overturning the elections, even though no such authority accompanies the office of the vice president.

MPD’s Internal Affairs Division, along with two civil rights offices within the U.S. Attorney’s Office for the D.C., “conducted a thorough investigation” into Babbitt’s shooting said they carefully went through video footage on social media, the autopsy results and statements from the officer who fired the gun and others on the scene, the DOJ .

The DOJ insists there is insufficient evidence to support a criminal prosecution.

“The investigation revealed no evidence to establish beyond a reasonable doubt that the officer wilfully committed a violation” of a federal criminal civil rights statute, the press release said.