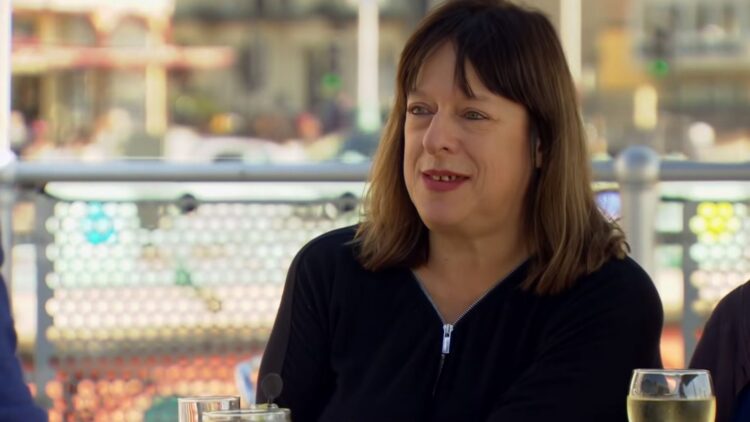 A racist tweet  in relation to the name given to Prince Harry and Meghan by a Newspaper columnist, has led to her dismissal.

Julie Burchill was “sacked” by the Daily Telegraph, a day after after tweeting a racist comment about the name of Prince Harry and Meghan Markle’s daughter, Lilibet.

After the Duke and Duchess of Sussex announced the arrival of their second child on Sunday, Ms Burchill tweeted: “What a missed opportunity! They could have called it Georgina Floydina!”, a derogatory reference to murdered African American, George Floyd, killed by a racist police officer-Derek Chauvin.

The Brighton-based writer made the announcement on her Facebook page on Tuesday.

“I’ve been sacked by the Telegraph – it’s been a lovely five years, and I’ll always be grateful to them for ending my wilderness years,” she wrote.
“However, I’d be lying if I said that I hadn’t often moaned to my husband recently about them always rejecting my edgy column ideas and giving me more pedestrian ones – which I’ve done splendidly anyway.”

“Onwards and upwards!” she added.
After the Duke and Duchess of Sussex announced the arrival of their second child on Sunday, Ms Burchill tweeted: “What a missed opportunity! They could have called it Georgina Floydina!”

Burchill responded that she “was hoping for Doria Oprah, the racist rotters.”

The post was met with a backlash on social media, where it was described as “disgusting racism” and “despicable”. A barrister who tweeted an offensive joke in response to Burchill’s post was suspended from her job on Monday and apologised.

In response, lawyer Joanna Toch said today: “I am very sorry for the comment and what I saw as a joke.

“I’ve fought during my professional life against racism which is abhorrent.

“I’m not a judge and I have children of colour and I apologise unreservedly.”

Her law firm Family Law Cafe later revealed they had suspended her “with immediate effect pending an internal review into her recent comments.”

The tweet is the second most shocking sign of racism coming from any member of the press. The first expression of racism by the press was following the birth of Archie on May 6, 2019, when Danny Baker posted  a racist caricature of a baby money in suit between a couple- with a message stating ”royal baby leaves hospital”. The news is already leading to further probe among analysts whether there is further dislike for Prince Harry among  some members of the press because of  Meghan’s race.

Some critics  believe the dislike to Meghan in the press is due to her lack of conformity to royal tradition, others believe it is because of an affiliation with Piers Morgan and reverence for the royal family whom they believe Prince Harry and Meghan have disrespected. Analysing the whole details of what has sparked the ugly conflict between the Duke and  of Sussex and the other camp- the press and the royal family- is hardly done by a public more inclined to intuitive feelings. We either like you or we don’t! It has been a mixed reaction with Prince Harry and Meghan Markle.

There are many people from different walks of life who feel the couple are being bullied and should be left alone, while there are many more who have taken a distrust to Meghan Markle, her motives for marrying into the royal family, and her level of honesty. She is in a no win situation with many of the British public, especially with her arch-rival, Piers Morgan, ever attacking her integrity, sometimes with criticism that gives some food for thought, fuelling Meghan’s critics even more.

Prince Harry and Meghan Markle’s choice of name for their daughter has stirred some controversy because of their tension with the royal family. Piers Morgan  expressed an irony in Meghan’s choice of the Queen’s nick name, while ”thrashing” the royal family in public.

Burchill, should have known much better than to use the name of a back man killed by a racist police officer to suggest a name Prince Harry and Meghan could have given their child.