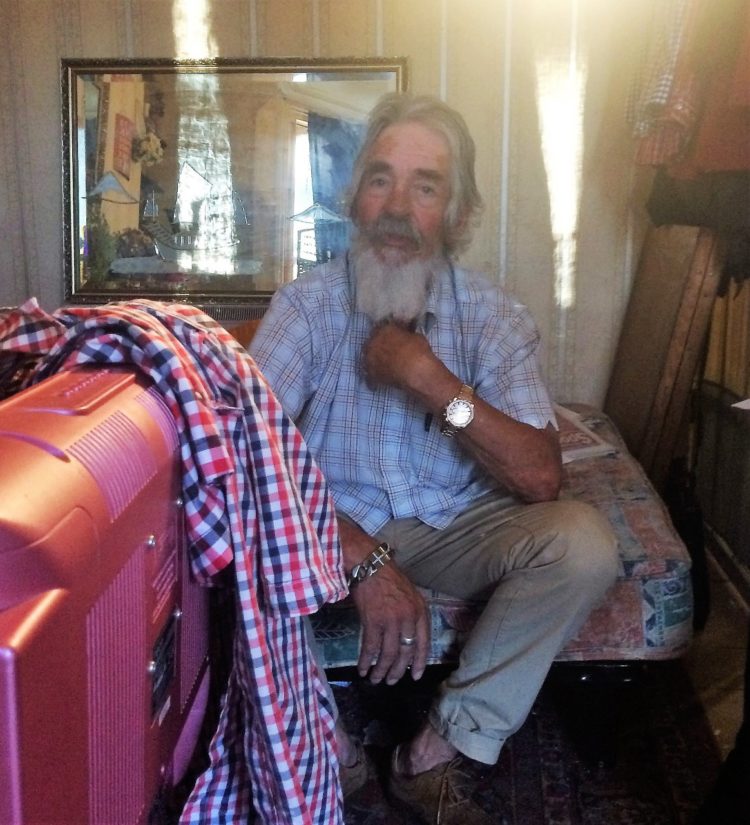 Mr Crowe Essex Rogue Landlord  is fighting a battle  with his neighbours and Southend Council.  Today, he was issued with an intention to serve with a criminal Behaviour Order (CBO ). A criminal behaviour order is served  in relation to serious offenders, who engage in criminal activity as well as anti-social behaviour. It is generally issued in relation to a sentence that is already imposed, or  a conditional discharge.

Mr Crowe is currently set to attend Basildon Magistrates Court on September 3rd, 2018, accused of being an unfit landlord whose untidy environment is seen to be a nuisance by his neighbours.  He was fined 37,000 pounds in 2016 for  allegedly flouting HMO regulation, but Mr Crowe is appealing the decision. He rejects the tag of being a rogue landlord on the basis of his help for the homeless, but his incompetence in orderly managing his affairs can be seen to justify the label. Mr Crowe is an old man of 69, he can’t really handle the role of landlord which he seems to see as a calling of his.

Presiding over four flats worth a total of  700,000 pounds, Mr Crowe’s flat stands out on the whole of his street. It is the biggest, but also the least tidy. Adding to his troubles is the joint force against this landlord by his neighbours, but 69 year old mr. Crow says they are all liars. ‘ This is a nasty and hostile campaign against me e says. The criminal order explicitly states one of its aims as being to bar all none family members from his property in Devereux Road,  following complaints of anti-social behaviour from his neighbours. A number of mr. Crow’s neighbours have added their voice to those of  Southend Council, as they raise their front to legally subdue mr Crow, who they consider him a problem neighbour.

Most of the neighbours I spoke to outrightly despise Mr.Crowe. They have no complimentary words for him. Seen as a hoarder by most of his neighbours, Mr Crowe’s neighbours begrudge his presence on the conservatory part of the Southend area.   ”No way should he be a landlord, one neighbour said. He is very incompetent and the nightmare of this road. Police attend his property regularly, and there was once a drug raid at his property. He always has people coming to the property to ask for their money or deposit back”. Another who insisted on anonymity told The Eye Of Media.Com: ”I once saw a man run out of the house with a stab wound on his neck. Mr Crow does fly tipping and just dumps his rubbish anywhere. Mr Crow’s neighbours feel strongly against him. some say his claim to be a humanitarian is false, accusing him of being manipulative.

When the critical views  of his neighbours were presented to Mr Crowe, he was livid. ”Nobody saw anybody rush out with a stabbed neck and blood everywhere. The stabbing happened in the basement  in 2017, and it was an isolated incident. The police have dealt with it”.One neighbour said, I feel sorry for him but I can’t wait to see the back of him”. Mr. Crow is the owner of the biggest four storey property in Devereux Road, but has struggled to keep his property in admirable condition. He provides accommodation to the homeless, and has been knocked a few times by disgruntled tenants.  Crowe appears to have been denied a chunk of rent either from the benefits office due to procedural issues or because of the disloyal actions of some of his tenants.

Mr. Crowe insists Southend Council is deliberately depriving him of funds to sustain his mortgage, however The Eye Of Media.Com has pointed out some failings in his disinclination to follow up any issues he may have in writing to the Council. There are appears to be shortcomings in some of Southend Council’s processes, which need improvement.Investigation by The Eye Of Media.Com reveals a fact that mr.Crow has been shortchanged of thousands of pounds in the past few years, through recklessness, negligence, or conspiracy- as mr CrowE Insists. Many of his tenants have not always followed required procedures to kick start their claim on time, some of those who have done so have exited the property with the 69 year old’s benefit payment.

The irony is that many would say Mr. Crowe should not  be a landlord, and is lucky to be getting any money at all.   ”He shouldn’t be allowed to be a landlord and exploit vulnerable people”, one of mr. Crow’s neighbours told The Eye Of Media.Com. Mr Crow, vocal and conveniently oblivious of the neighbours complaints, said ” they are all just ganging up against me. They don’t see what I am doing for the homeless in saving lives, this is a smear campaign. I reject the basis of this recent order by Southend Council”.

Mr. Crowe struggles to see the full negative impact he has had on is neighbours; he views any criticism against him coming from his neighbours as a conspiracy. One neighbour told me they would move home if the problem with Mr. Crowe is not resolved by the end of the year.  He needs more hands on board. One of his tenants works for him in exchange for rent, but doesn’t do enough to justify his free living allowance. Mr Crowe pities the fact the man cannot get benefits, but other tenants feel the man and his wife are enjoying preferential treatment. Other tenants have complained that the Lithuanian man and his wife are excessive drinkers who tend to be very loud and aggressive when he is drunk. Crowe needs to transform the image of his home, but he needs money and labour to do this. He is crippled by debt, but told The Eye Of Media.Com he is on the verge of getting a loan to improve his home and equip him with legal battles that lie ahead.