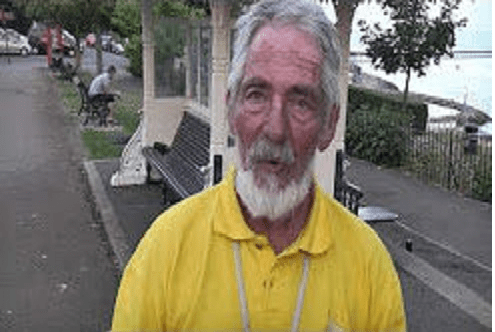 An Essex landlord, notorious for accommodating homeless people who are a nuisance has ordered his tenants to provide a copy of their medical health records

69 year old, Robert Earnest Crow has been struggling to maintain the Mortgage for his 8 bedroom house in Southend, Essex. The rogue landlord has instructed most of his tenants to produce evidence of their mental health records after admitting several tenants in the past who have demonstrated serious signs of mental health illness at the 700,000 pounds property Crow owns at an expensive part of Southend.

Confrontations at the property have been high with neighbours complaining of noise and frequently calling the police. On Thursday, the Eye Of Media.Com heard that police was called to the property three times that day alone after tempers flared amongst tenants, in one instant, with a female visitor of one of the tenants becoming involved in the violence that was sparked. A few weeks ago one of the tenants was arrested for assaulting his flat mate, but police dropped the case due to lack of evidence.

” I have told all prospective tenants that I reserve the right to see their mental health records because of the high rate of mental health problems I have seen in people I thought were fine. I don’t like it when people should scream and make loud noise, threatening violence without regard for others in the house. There are too many people with a serious mental health problem, and in many cases their poor mental health is worsened by drugs” he said.

Crow who claims to be a humanitarian has a prohibition order imposed by Southend Council on two of his flats,, straining his budget. The eccentric landlord is in Mortgage arrears of 2,000 pounds, now inflated to now over 8,000 pounds for one of the flats in his property. Bank Of Ireland have hired Walker and Morris to fight the case in the courts, but two appearances have so far been adjourned each time over technicalities of the case. The last case on Thursday saw Judge DDJ Callaghan directed solicitors for the Bank of Ireland to file and serve up and up to date account.

The Bank is trying to claim one of his flats worth 160,000 pounds. They claim mr.Crow defaulted on his Mortgage for over a year, causing the bill to mount so high. Crow insists the charges are illegally inflated, and claims the freeholder has added charges of their own to the bill. DDJ Callaghan adjourned the case for the nearest slot after 28 days.

Crow says the final bill is not an accurate reflection of his debt, and asked the Mortgage lenders to send a systematic breakdown of the bill. The landlord who admits to have been a victim of his own ”humanitarian” tendency to accept homeless people without collecting a deposit, has learnt from his mistakes and started insisting on a deposit before moving prospective tenants in his home.

Last week, he gave all his tenants a weeks notice to leave the property if they didn’t pay up, arguing that many of them were never given a tenancy agreement because they hadn’t paid any deposit. They were accommodated on trust, he says. After the intervention of The Eye Of Media.Com, Mr. Crow has decided not to renew the tenancy of any of those owing him rent once their contract runs out. He says he will throw everyone out unless they pay.

Crow currently has two tenants occupying the flat in question, and their fate hangs in the balance whilst the await the outcome of the courts.