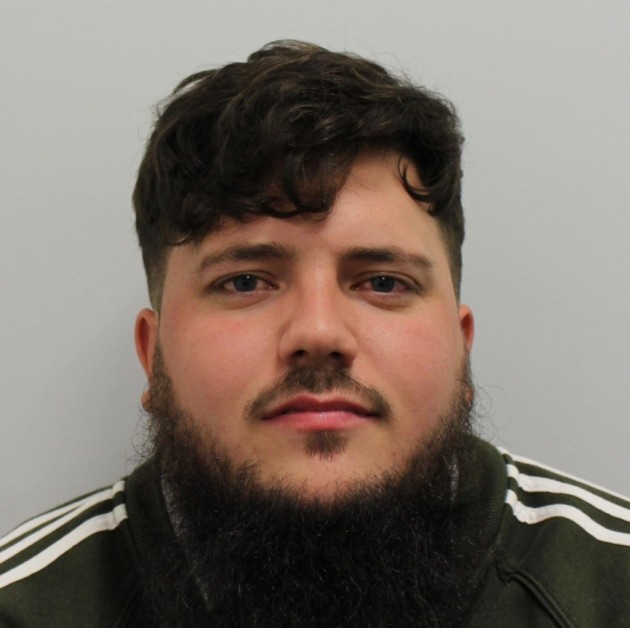 A man has been sentenced to 10 years and nine months in prison on Friday after pleading guilty to possessing an imitation firearm with intent to cause fear or violence.

29-year-old Peter Brown used fake pistols to simulate a drive-by shooting opposite a playground in Wellington Road, Forest Gate, to frighten members of the public who ran for their lives during his irresponsible act of terror. The sentence sends a stern message that conduct of this nature is serious and will not be tolerated by the law. His sentence is far more severe than would be given to criminally convicted of stabbing a victim who survived. In fact, the sentence is even more severe than that given in many manslaughter cases.

Jurors at Snaresbrook Crown Court heard how Brown was captured on CCTV cameras at 7pm on Friday, August 25, pulling up in the street and aiming two handguns at youths from the open back doors.

As the youths fled, the vehicle drove off, but stopped shortly after as Brown re-brandished the fake pistols. Simulated shootings are uncommon, but it raises questions as to why anybody would behave in such a manner as to scare innocent members of the public. An individual with a severe heart condition could possibly have suffered a serious cardiac arrest or even a heart attack if confronted by a person acting in the way Brown did.

Detectives from the Met’s Trident and Area Crime Command launched an immediate investigation after an onlooker alerted police. Brown was arrested at his home on Sunday, September 2 and charged the next day.

“Although nobody was injured, brandishing a pistol at people causing them to fear they will be shot is a despicable act,” said Det Rob Jones of Trident.

“This offence took place opposite a children’s playground on a warm summers evening. Those who were threatened can be seen on CCTV running for their lives.

“Incidents like this cause fear in communities and are traumatic for all those who witness it.

“Detectives at Trident were determined to find who was responsible and Brown was quickly arrested. Thanks to the evidence gathered he had no option but to plead guilty.

“Possession of firearms, be they imitation or not, will not be taken lightly and punished accordingly by the courts.”

Brown was also sentenced for a separate matter of fraud by misrepresentation in which he and a co-defendant distracted two elderly women at cash points, stealing their cards when the women went into the bank in the false belief their cards had been swallowed by the machine. The criminals on that occasion escaped with £1,400. He was sentenced to three months for each offence. Simulated drive-by shootings are uncommon, but it raises questions as to why anybody would behave in such a manner as to scare innocent members of the public.