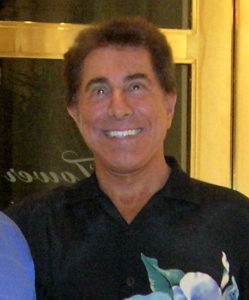 A shareholder of Wynn resorts on Wednesday, filed an expensive lawsuit at the County District Court in Nevada, U.S, seeking damages caused by the alleged misconduct of Mr.Wynn.

Norfolk County Retirement launched the lawsuit, accusing the corporation’s board of directors of breaching its fiduciary duties by “turning a blind eye and disregarding a sustained pattern of sexual harassment and egregious misconduct by Mr Wynn”. Wynn resorts is known for operating high-end hotels and casinos.

Former employees claimed to have felt compelled to enter fake appointments to help female co-workers escape the requests from Wynn’s office. Some employees were even said to have hidden in bathrooms or back rooms when they knew Mr.Wynn was coming.

It is believed that Wynn Resorts could face more lawsuits from shareholders claiming to have incurred loses as a result of the allegations against Wynn Loses that could have been avoided if the allegations had been disclosed.

Steve Wynn, resigned on Tuesday after the Wall Street Journal reported that a number of women said Wynn harassed or assaulted them. One of the cases led to a $7.5 million settlement.

The lawsuit claims Wynn’s actions were repetitive and well known, and states that only in three instances in the history of the company has a director voted against Mr.Wynn’s position on any issue.

The lawsuit also stated that Wynn is liable to the company for the damages resulting directly and proximately from his “breaches of fiduciary duty.”

The complaint calls for Wynn and the other defendants to pay damages in excess of $15,000 each. This amounts to an excess of $150,000 if a ruling is made against all 10 members of the board are

The lawsuit states “the defendants concealed Wynn’s actions from stockholders.”

News of Wynn’s resignation as chief executive and chairman of Wynn Resorts was a remarkable development in the saga of allegations against the billionaire. Wynn has described the allegations against him as “preposterous’’ and blamed “an avalanche of negative publicity” driven by a non-fact-based “rush to judgment’’ for his decision to step down as head of the eponymous casino empire.

In Wynn’s resignation statement, he denied the report’s allegations, condemning the ”avalanche of negative publicity” against him “in which a rush to judgment takes precedence over everything else, including the facts.” In accepting Wynn’s resignation, the company’s board of directors made clear it had done so “reluctantly.”

The scandal has cost shareholders money, mainly because Wynn’s image and reputation was inevitably tied to the brand. The company’s stock rallied Wednesday after Wynn resigned but has fallen almost 12 percent since the Journal’s Jan. 26 report.

The defendants listed in the lawsuit include:

It must be a very difficult time for all former members of the Corporation, who are now facing a huge embarrassment as a result of the revelations and the lawsuit.