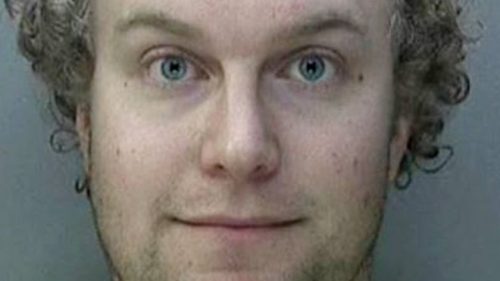 Falder admitted offences ranging from making indecent images of children, possession of a Paedophile manual, possession of extreme pornography, 10 counts of voyeurism, more than a dozen charges of blackmail, malicious communication and 23 charges of fraud by representation. It took 30 minutes to read out all the charges against him in court in October last year.

The paedophile hid behind online personas such as “Liz” on Gumtree, and “666devil” or “evilmind” on the dark web, and used the online connection software Tor to cover his tracks.

On Thursday, the court heard how Falder, described once “joked” to her about having installed a secret camera.

The perverted paedophile went as far as hacking one female victim’s Facebook account, posting part-naked images of her, taken from his clandestine recordings.

Ruona Iguyovwe, prosecuting, said: “Mr Falder had been recording people in the bathroom or shower at different locations and on different dates for the purpose of sexual gratification.”

He also posed as a depressed female artist on website Gumtree.

The court heard how he duped one mother into speaking about her views on “spanking” children
Falder told her of his ideas for possible child punishments, saying he would: “put her in a dog collar on a lead, make her walk on all fours, feed her from a dog bowl and make her sleep in a dog basket”.