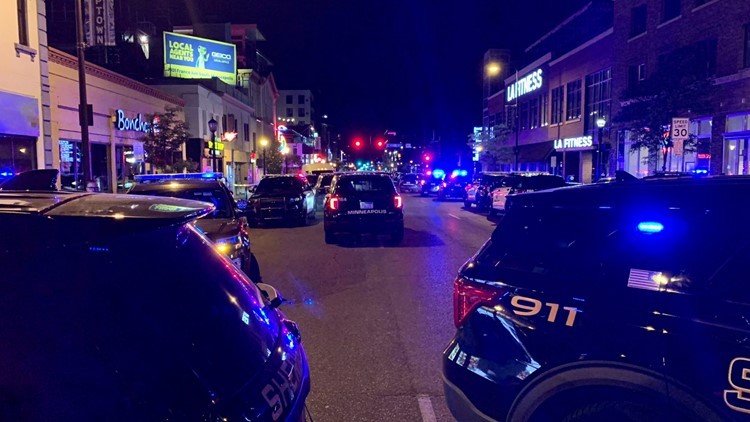 A woman was killed and three people were injured when a car rammed into a group of protesters in the Minneapolis neighborhood where a Black man was fatally shot this month during an attempted arrest, police said Monday.

Just before midnight Sunday, the suspect drove a car into the crowd and was pulled from the vehicle before being arrested, the Minneapolis police department said on Twitter. A statement from police said a preliminary investigation indicated that the use of drugs or alcohol by the driver may be a contributing factor in the crash.

“I’ve never seen anything that horrendous,” Zachery James, 28, told the New York Times at the scene, where several people remained for hours. “I watched her body fly.”

The city has  held several protests since the death of George Floyd more than a year ago and the fatal police shooting of Daunte Wright during the trial of former Minneapolis police officer Derek Chauvin, who was jailed for George Floyd’s murder. There have been multiple protests in Minneapolis’ Uptown neighborhood after Winston Smith Jr, a 32-year-old Black father of three, was fatally shot by two sheriff’s deputies on June 3.

The deputies  were part of a U.S. Marshals Service task force that was attempting to arrest Smith on a warrant for illegal possession of a firearm, according to a statement from the agency. Smith, who was parked in a car, “failed to comply with officers’ commands” and “produced a handgun resulting in task force members firing upon the subject,” the statement said.

The Minnesota Bureau of Criminal Apprehension, which is leading the investigation into the shooting, said a handgun and spent cartridge found inside the car indicate Smith also fired his gun. A woman who was with Smith said through her attorneys that she never saw Smith display a gun, contradicting law enforcement’s narrative of the shooting.

Smith’s family and protesters have called for transparency and the release of any video of the shooting, but the Minnesota Bureau of Criminal Apprehension said it is unaware of any video of the incident and the names of the deputies involved will not be released because they were working undercover.