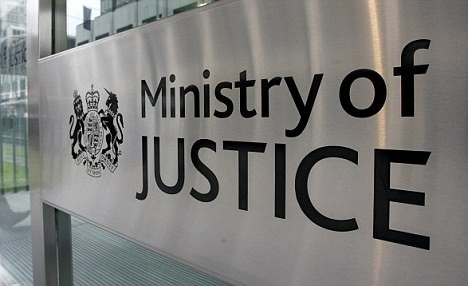 The Ministry of Justice has closed one of the 10 Nightingale courts set up to ease pressure on the justice system as a result of the coronavirus.

Nightingale Courts were set up to take the over spill from existing courts, yet on several days courtrooms in Prospero House have been used while rooms in its sister Southwark Crown Court went empty.

Latest government figures show that the criminal court backlog has surged past 500,000 cases over the summer, as several cases were cancelled due to the pandemic. Many criminals have so far escaped justice, as a consequence of the pandemic.

The court at the Hertfordshire venue, which opened on 17 Augustwas hired for a specific period to meet a targeted operational need, that is dealing with civil work from Luton and Watford county courts.

Barristers had previously complained that the courts were being underused, despite its emergency purposes. Temporary facilities at Prospero House, near London Bridge, which opened last month, were dogged with problems from the outset. One of three courtrooms out of action for the first week due to IT problems.

Mr.Philip was addressing  shadow solicitor general Ellie Reeves, who asked how many cases have been heard at each of the active Nightingale courts, and when the additional eight courts will become operational.

Mr. Philip confirmed that HMCTS had been tracking the utilisation of each Nightingale court for the ‘first weeks’ of operation. ‘Utilisation gives a better view of how much the courts are used than figures on cases heard – where courts are deliberately designed to hear longer cases, ‘cases heard’ might be low despite the court being in constant use.

These estimates have been compiled from local records and compared very favourably with the utilisation of permanent courts prior to Covid-19,’ he said.

Peterborough Cathedral, which opened this month, has an estimated 80% utilisation rate based on forward listings. The former Fleetwood Magistrates’ Court and the Ministry of Justice’s London headquarters have the lowest utilisation rates (70%).

However, Philp’s response states that the Hertfordshire venue, which opened on 17 August, ‘was hired for a specific period to meet a targeted operational need. This site is now closed’. The temporary court was dealing with civil work from Luton and Watford county courts.

HM Courts & Tribunals Service’s list of Nightingale courts, published on Gov.uk, does not say that the Hertfordshire venue is closed.

The overall costs of the first 18 Nightingale courts at the end of the financial year will be £10m, excluding judicial costs