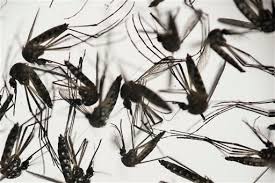 The World Health Organization (WHO) has declared a global public health emergency over the mosquito-borne Zika virus linked to suspected cases of thousands of birth defects in Brazil which is now spreading rapidly across the world.

Zika virus is a member of the virus family called Flaviridae and the genus Flavi virius, transmitted by day-time active mosquitoes, such as aegypti. Zika spreads through mosquito bites, the most common symptoms being fever, headache, rash, joint pains and conjunctivitis- red eyes. The illness is usually mild, lasting from several days to twelve days of the bite and the infection may go unnoticed.

Zika has been linked to 4,000 cases of rare microscopically in which infants are born with unusually small brains and skull, although the connection is yet to be confirmed. Zika is closely related to the dengue virus, a debilitating disease widespread in the tropics and tropical zone, and is also transmitted by mosquitoes, causing sudden fever and acute pains in the joints. Although Zika can cause brain and skull abnormality, it is rarely fatal. No preventive vaccine has so far been developed, which has necessitated the emergency call to prioritize and speed up research to address the virus.

According to Australian ABC, Marcello Castro, the Brazilian Health Minister, said Zika epidemic was worse than believed because 80 percent of the infected people did not have symptoms. The first case of Zika in the US was a baby born in Hawaii with brain damage, but the mother took ill with Zika while living in Brazil in May 2015.

ABC news further quoted the spokesman for the US Centres for Disease Control and Prevention
( CDC), Tom Skinner as saying, ‘There’s no indication at this point that the disease is circulating in Hawaii. ‘But I think it’s important for us to understand that there are going to be imported cases of Zika to the United States and we won’t be surprised if we start to see some local transmission of the virus’.
The emergency decision by WHO is a rare move representing the seriousness of the outbreak. Margaret Chan, Director- General of WHO spoke yesterday of the need for a co-ordinated response to improve detection and speed up work on a vaccine for prevention, as well as better diagnosis without the need to curb traveling or trading. This recommendation for emergency was by a committee of independent experts to the United Nations after criticisms of a hesitant response so far, to fast-track international action and research priorities.WHO had announced last week that the Zika virus was ‘spreading explosively’ and could infect 4 million people in the Americas and yet failed to respond with an urgent action. . A slow response two years ago earned the WHO the anger that lambasted it in respect of Ebola epidemic in West Africa, killing more than 10,000.

Brazil is due to host the Olympic Games in Rio de Janeiro in August this year. Already, Colombia has reported more than 4,000 cases of Zika. Australia has confirmed two cases. Twenty-four countries in all have been affected, and although, WHO has advised pregnancy women to ‘consider. US health officials have issued a travel warning to fourteen countries and territories in the Caribbean and Latin America, where infection with Zika is at risk. The alert applies to the following countries: Brazil, Colombia, El Savaldo, French Guiana, Guatemala, Haiti, Honduras, Martinique, Mexico, Panama, Paraguay, Surinam, Venezuela and Puerto Rico. Women trying for babies were advised to consult their doctors before traveling to those areas.

The Word Health Organization, (WHO), Australia’s Department of Foreign Affairs and Trade has issued new travel advice, particularly to pregnant women. Also, the UK’s National Travel Health Network Centre, like some other countries, is advising pregnant women to reconsider their travel plans, and that any traveler, should seek advice from health professionals before departure. It is worrying that there may be many potential victims of Zika who will be completely unaware of the epidemic. It is hoped that the information is being transmitted widely in public places, and with travel agencies, coach stations, train stations and international Airports in particular.