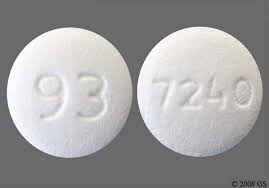 The need for more care to be taken by both pharmacists and patients alike has been highlighted by the case of a mother from West Yorkshire in Leeds has suffered illness with shackles, muscle pain and anxiety, after wrongly being given drugs meant for treating Schizophrenia by her pharmacy.

Symptoms of schizophrenia include hallucinations and delusions which are essentially aspects of a serious mental health problem.

60 year old Henryka Barszccwski a woman from Roundhay in Leeds, was carelessly administered the anti Psychotic drug, risperindene in error after collecting her regular prescription from the M manning pharmacy on Lidgette lane, Roundhay. The embarrassing and reprehensible blunder emphasizes the paramount importance of due diligence among pharmacist who, like doctors and nurses, have a duty of care to keep the highest level of professionalism uppermost in executing their remit. It equally underlines the expectation for everyone to double check prescriptions they are given in order to avoid this type of dangerous occurrence from every repeating itself.

Her daughter , Eva Zylowska, only discovered her mother was given the wrong prescription after examining the packet following complaints from her tearful mother of persistent pains and a deteriorating condition inducing her to sleep in the day and stay awake all night. This gross level of negligence begs the question of the number of similar errors that may occur all over the country. Negligent lawyers, Hedgett solicitors are investigating the incident. Quite frankly, nothing short of a legal suit should follow, unless the Pharmacy is wise enough to offer an out of court settlement. They have made a grave mistake, for which there must necessarily be consequences.