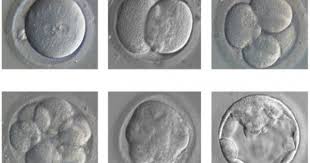 The recently announced go ahead by the fertility regulator for UK scientists to genetically modify human embryos is a welcome move that will only enhance human ability to combat undesirable diseases and malfunctions in humans.

Remarkably, this is the first time a country has considered the DNA-altering technique in embryos and approved it. The research set to take place at the Francis Crick Institute in London, aims to provide a deeper understanding of the earliest moments of human life.

Sensible boundaries have been put in place that forbids the scientists to implant the modified embryos into a woman. This form of editing which allows precise manipulation of DNA has attracted criticism in quarters that are cynical about its potential to lead to a tendency for a pattern in which genetically modified babies.

After Chinese scientists last year first took the unprecedented step of carrying out a gene editing in human embryos to correct a gene that causes a blood disorder, it is no surprise that British scientists have decided to explore the useful mechanism of genetically modified babies, especially as this scientific project has been approved by a proper regulatory system.Looks like we will soon figure out the causes of miscarriages and understand why certain genes produce some types of deficiencies or misharp.