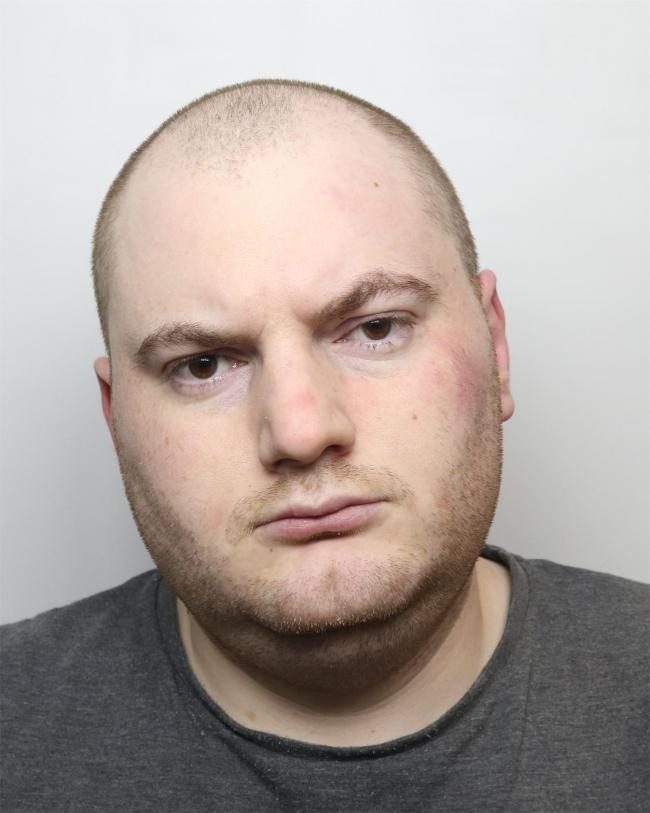 A convicted paedophile is back in jail after breaching the terms of a sexual harm prevention order – three years after being caged for vile offences.

David Brown, 30, of Barnby Avenue, Lower Grange, appeared at Bradford Crown Court via video link on Monday, where he received his sentence.

The court heard his previous convictions were multiple, and  associated to paedophilia. He had been convicted for possessing indecent images of children, causing a child to engage in sexual activity,

He was jailed for four years, ordered to sign on the sex offenders’ register for life and the judge made a Sexual Harm Prevention Order without limit of time.

In August, 2015, Brown was sentenced to a three year community order for 12 offences of possession of indecent images of children and intimidating a witness in a rape investigation that was later dropped. He was made the subject of a five year Sexual Harm Prevention Order and ordered to sign on the sex offenders’ register.

After the phone  was sent away for forensic examination and there was found to be content which had been deleted in breach of the order.

The social misfit had also installed an app called Teen Chat – a messaging app for youngsters between 13 and 19. He gave police a password for the site, but it was wrong, so chats could not be extracted.

Cops also found  text messages he deleted, where he had contacted a girl who called herself Emily, who said she was 14 years old. He told her to keep their conversations a secret, before taking their communication to a sexual level. He asked if she was a virgin, offering to send a picture of his erect penis , and asking to her send images of herself topless, which she declined.

Brown was released under investigation and was visited by police on June 12, when officers discovered a Kindle Fire which he bought eight days earlier without informing police. It  contained different messaging apps and was in breach of his orders

When speaking with one 14-year-old, who said she lived in New York, he told he was a 13-year-old boy.

Brown had pleaded guilty at an earlier hearing to the breaches, for which he was given three years, and also pleaded guilty to attempting to cause a child to watch a sexual act.

He received 12 months for that offence, with an extended licence period of four years. Judge Richard Mansell QC said this was necessary to protect the public, particularly, young and teenage girls.