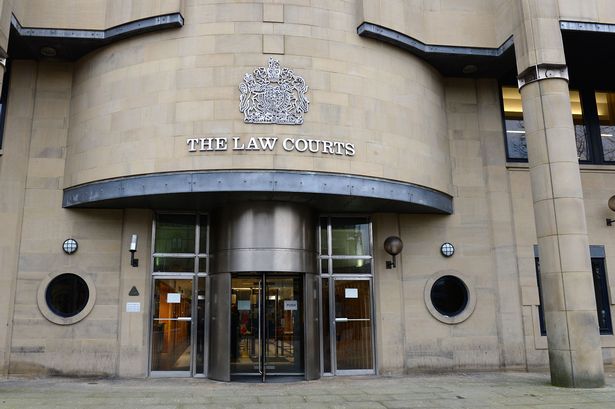 A drug dealer escaped jail after a 2 year delay to his court made way for the criminal to improve his life by finding a job.

As a top judge in West Yorkshire criticised the reduced  government budgets to the CPS and police which contributed to the pressures they faced.

Judge Richard Mansell said Khan  had ”completely transformed from the young man dealing drugs in 2018 ”, adding that  it would be  ”wrong ” and completely ”unconscionable” to imprison Khan, because of the evident turn around to his life, which is the objective of rehabilitation.

Judge Richard Mansell QC empathised with Khan, saying ”you have had this hanging over your head for two years”

The offence which took place in 2018, faced incredible delay in coming to court, due to lags in the court system, which were made worse following the onset of the lockdown last March- over 18 months after his arrest.

Kasim Mahmood Khan, 26,  had pleaded guilty to possessing cocaine and skunk cannabis with intent to supply at a previous hearing. He  was sentenced yesterday at Bradford Crown Court.

The offences took place on July 20, 2018, when the black Toyota  Khan was driving  alerted police through triggered traffic cameras that the vehicle may be stolen.

Khan from Bradford, West Yorkshire, was stopped by police in Godley Lane, Halifax, and said he had bought the car hours ago and admitted to being a disqualified driver.

Cops found bags of cannabis worth a total of £1,180, after a search of his vehicle. A subsequent search of his house also took place, where bags of cocaine worth £470 were found in the pockets of one of his jackets.

Mitigating for him, his lawyer, David McGonigal, said Khan had turned to drink and drugs as coping mechanisms following the death of his grandfather, before quickly being persuaded into dealing drugs, motivated by making money.

He said: “Kasim Khan has been open, honest and accepts responsibility for his actions.

“He is remorseful, regretful and aware he has let his family down.

“He has moved away from his previous associates and avoided criminal behaviour since.”

Mr McGonigal softened the judge’s position, by stating that Khan has found a steady stream of work and now works in customer service, earning a good income he uses to look after his parents and young family.

“Had this sentencing been in 2018, he would have rightly gone to prison, but now in what way would his imprisonment benefit society?

“If granted liberty he can continue to pay taxes, contribute to society and support his family.”

“If this had been 2018, you would have been looking at three years in prison.

“The delay in bringing this case to court is unacceptable and is caused by the increased pressure on police and the CPS given the steady reduction of their budgets since we entered the so-called austerity years.

“You have had this hanging over your head for two years, and the most powerful part of your mitigation is what you have done in those two years.

“You have got yourself clean, found work and moved away, all of which are uncommon.

“You have completely transformed from the young man dealing drugs in 2018 and in my judgement it would be completely wrong and unconscionable to send you to prison after all the work you have done.

“Prison should provide a realistic chance of rehabilitation, but you have already done that.”