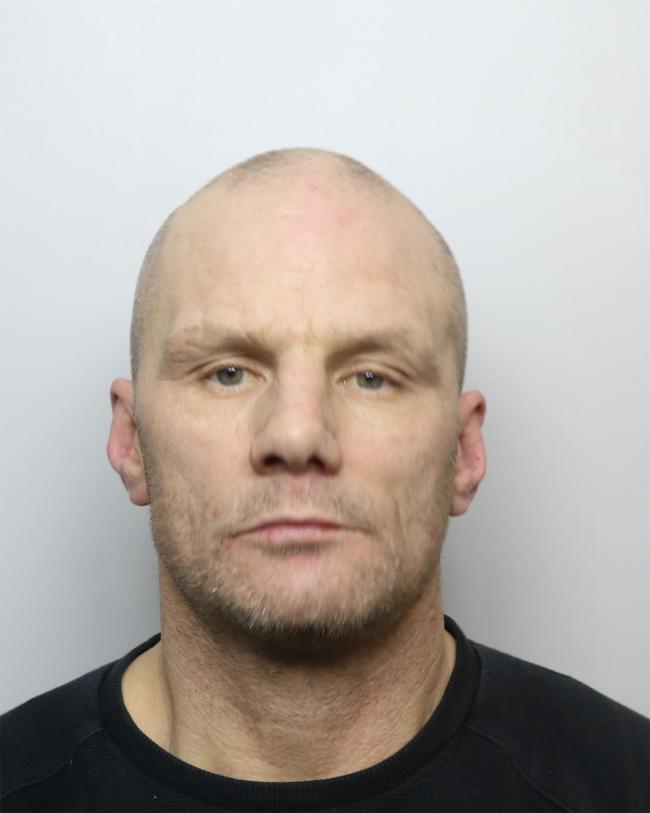 A “career criminal” has been jailed for for almost four years after stealing thousands of pounds worth of bicycles and tools from a garage.

John Bell, 47,  pleaded guilty at Bradford Crown Court to the offence in Shelf on August 17 this year.

He appeared wearing at court via a video link from HMP Leeds in Armley.

Bell and another man were spotted sitting in a van opposite their victim’s home in Ing Head Terrace by a neighbour who found the pair’s behaviour suspicious.

The victim was working in his garage that afternoon and had gone back into the family home for a short break when Bell struck.

Bell was then spotted in a high-vis jacket entering the garage and coming out pushing a wheelbarrow containing two Stihl saws.

The man shouted to alert his neighbour and told Bell to stop, but he attempted to flee. Both men chased Bell and caught him, before police were called to the scene.

Two adult bicycles and a child’s mountain bike were stolen with a total value of £4,370, and none of these items have been recovered.

The victim felt “upset and vulnerable because the burglary had happened while he was at home”, the court was told, and has also been left thousands of pounds out of pocket by the burglary.

This was Bell’s third burglary having been jailed for four years in 2018 for two previous offences. He was released on licence in February this year for his previous offence, before striking again just six months later.

Bell has a long history of offending, totalling 30 convictions for 84 offences, and in mitigation Safter Salam said there was “no explanation or excuse” for Bell’s behaviour.

Sentencing Bell, Judge Jonathan Rose said: “You are a career criminal and have taken a turn in recent years to burgle houses.

“This causes distress and alarm to people, but you know all this because this is the third time you’ve committed this offence.

“You took two expensive bikes and a child’s bike, which is just a mean aspect of this crime.

“This was a professional offence; you and your colleague were equipped with a van on cloned plates to try and avoid being caught, so that if people saw your van and ran the plates they would not correlate.

“You wore a high-vis jacket in the hope anyone seeing you would think you were there legitimately, rather than for a cruel home invasion.

“It’s clear there’s little prospect of rehabilitating you and this demonstrates you are nothing more than a career criminal that the public must be protected from.”