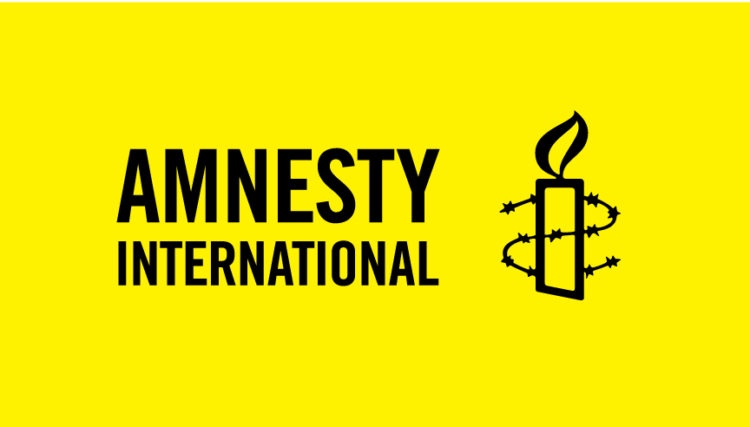 Unreasonable austerity measures implemented by the Spanish government is creating a devastating impact on some of the most economically vulnerable and marginalized people in society, Amnesty International has said today.

Amnesty said it had resulted in unbearably long waiting lists, forcing patients to ration their medication to save costs,

The Spanish government’s eagerness to costs has made life a misery for patients and health workers alike.
In a new report, entitled:” Wrong Prescription”: The Impact of Austerity Measures on the Right to Health in Spain, the organization sets out the human rights risks associated with austerity. It found that the Spanish government implemented austerity measures in a way that was inconsistent with their human rights obligations.

“The most vulnerable people are paying the price for austerity measures which have made quality health care less accessible and more expensive. The Spanish government’s eagerness to cut costs has made life a misery for patients and health workers alike,” said Sanhita Ambast, Amnesty International’s Researcher on Health.

“Spain’s austerity measures are in direct conflict with the government’s obligation to fulfil the right to health. We spoke to cancer patients who can’t afford the medicine they need to alleviate chemotherapy’s side effects and people with mental health conditions whose support had been suddenly severed. These cuts are not just regressive, they are cruel.”

The Spanish government began to cut spending on healthcare in 2009, in the wake of the global financial crisis. Austerity measures included shifting the costs of certain products onto individuals, limiting the healthcare available to irregular migrants, and cutting spending on health workers, equipment and infrastructure.

Amnesty International spoke to 243 people in Andalucía and Galicia, including users of the Spanish National Health System (SNS), health workers, and public health experts. In the report, the organization highlights how austerity measures in Spain’s public health system have had a disproportionate impact on people with lower incomes, notably those with chronic health conditions, people with disabilities, and people accessing mental health care.

One doctor told Amnesty International that through the austerity measures, “healthcare was impacted for those most vulnerable, and for those at heightened risk. This is an almost unbearable cruelty.”

Amnesty International’s research shows the plights that have affected ordinary Spanish people since austerity measures were introduced. Many Spanish residents with chronic health conditions have struggled to pay for medicines that were previously free. Although the sums involved may not seem high, for people with low incomes, they can be devastating.

Amnesty International says they spoke to over 100 users of the SNS, their families and carers. People described how they now relied on relatives to pay for their healthcare, whilst others said they had been forced to make choices about the medicine they needed most.

Spending on health workers has decreased since the start of the financial crisis, resulting in lower salaries, poor working conditions and insecure contracts. This has contributed to fewer staff being employed by the health service – according to official data, the number of workers in the SNS decreased by almost 28,500 between 2012 and 2014.
Waiting lists to access health care was highlighted as a common complaint by health workers, and people using the health system. Statistics show that in 2010, the average waiting time for elective surgery was 65 days; in 2016 this had almost doubled to 115 days.

M, a 49-year-old woman who suffers from a degenerative bone disease, went to the doctor with leg pain in August 2017. The first available appointment with a specialist is in June 2018, leaving M reliant on painkillers and increasingly anxious about her condition.

Mental health services have suffered serious setbacks due to the pinching austerity. Individuals seeking mental health services through the SNS explained to Amnesty International that their symptoms and problems were left unattended for long periods of time due to the long waiting lists, worsening their distress in the process.
One nurse told Amnesty International: “We know of many cases where nurses have quit their jobs because of the stress. Many nurses attend to 33 complex cases a day. They’ve had to quit because it was impossible for them”.

Several health workers also reported being under increasing pressure to comply with economic incentives that limit, for example, the amount they should spend on each patient. One patient said his doctor had told him: “I need to prescribe an expensive medicine for you, but I’m going to be lectured about it.”

“All the health workers we spoke to were anxious about not being able to do more for their patients. Exhaustion, economic incentives and an unsustainable workload are all hampering health workers’ ability to provide the best possible care. They feel powerless, exploited and disillusioned with the system,” said Sanhita Ambast.

The increase in the length of waiting lists to access health care emerged as a key issue in all interviews including with experts, health workers and people using the health system. In 2010, the average waiting time for elective surgery was 65 days; in 2016 this had almost doubled to 115 days. Amnesty reported that a 49-year-old woman who suffers from a degenerative bone disease went to the doctor with a leg pain in August 2017. The first available appointment she was granted was with a specialist is in June 2018, leaving M reliant on painkillers and increasingly anxious about her condition.

Mental health services have also been hit hard by austerity, at a time when unemployment and evictions, associated with a risk to mental health, have risen sharply. People seeking mental health services through the SNS explained to Amnesty International how their symptoms and problems went unaddressed for long periods of time due to the long waiting lists, often adding to their distress.

Several health workers and health system users also complained that the quality of medical equipment had deteriorated since the crisis. For example, nurses said that lower quality needles for diabetes tests was making testing more painful for patients. Amnesty International also interviewed wheelchair users and health workers who said that the quality of wheelchairs had got worse after the crisis.
about the effectiveness of the breaks on wheelchairs currently being provided.

International human rights bodies have developed guidelines to ensure that austerity measures do not conflict with states’ human rights obligations.

The fact human rights impact assessments were not conducted before the austerity measures were implemented, has been a concerning issue. The participation and consultation levels regarding their development and implementation were also said to be inadequate.

Amnesty International criticized the changes introduced to the health system, notably RDL 16/2012, which they say has been in force many years later. This contradicts guidelines stating that austerity measures should be temporary

Amnesty International is calling are now calling on the Spanish government to take immediate steps to reform the RDL 16/2012, and ensure that good quality healthcare is accessible to everybody. This should include putting in place safeguards to ensure that vulnerable groups are not disadvantaged and improving working conditions for health workers.

“The government should also urgently conduct a comprehensive human rights impact assessment to assess how austerity measures have impacted the right to health. A recession does not justify trampling on people’s rights.”