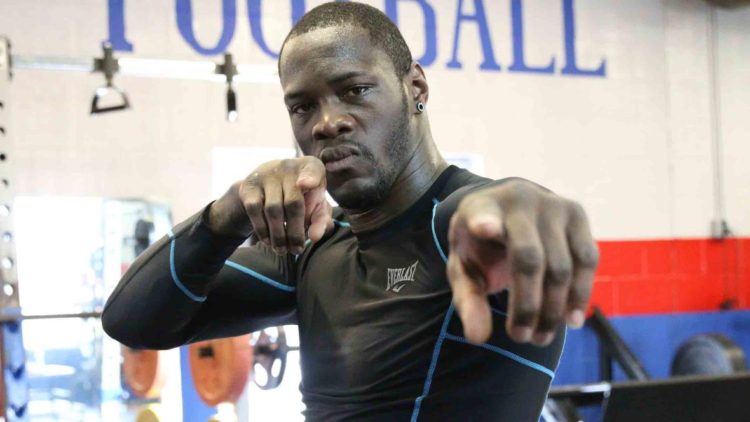 Deontey Wilder’s team have categorically stated that Anthony Joshua and his team were never serious about fighting Deontey Wilder.

With successful negotiations still probable but uncertain, an insider from Wilder’s team anonymously told The Eye Of Media.Com that the London heavyweight champ’s team are not really serious about making a Wilder fight.

The insider was critical of Joshua’s team, suggesting Joshua’s team can’t be serious about fighting Wilder. The representative of Wilder’s team, who would not be named for this article, was clear in his conclusion that Joshua’s team were not serious about fighting the American. Joshua’s team offered Wilder $12.5m(8.8m pounds) for the fight, but Wilder’s team insist the offer, though five times biggest payday so far, is not a fair one. The practice in the industry sets the benchmark for assessing how the financial proceeds of a big lucrative clash like this should be shared, they argue.

As negotiations talks broke down, WBA mandatory contender, Alexander Povetkin’s team, commenced talks with Joshua’s team, as they challenged Joshua to honour his obligation and prove he is the best in the world. Meanwhile, Joshua’s promoter, Eddie Hearns, is on his way to the U.S in a final bid to arranging a blockbuster summer showdown between Anthony Joshua and Deontey Wilder. The Matchroom boss will meet with Wilder’s advisers, Al Haymon and Shelly Finkel, on Thursday in a final bid to make the big fight between Britain’s and America’s best heavyweight take place.

The proposed sharing of the huge remunerations a fight of this magnitude is forecast to produce is so far the sticky point to making the fight happen next. Hearns team are insistent their current offer is sufficient for Wilder, but the American’s side is displeased with a proposal they consider an insult. Our source in America was a to pains to assert the view Joshua’s team are not serious about the fight, despite Joshua’s repeatedly expressed interest in fighting Wilder.

An insider from Wilder’s team told The Eye Of Media.Com:”I will give you a historical example on why no one does a flat fee in boxing for a big pay per view shows:

”Floyd Mayweather, Jr. offered Manny Pacquiao a flat fee of $40 million for their fight. That was 10 times what Pacquiao had ever earned in a single fight. It sounds like crazy money. Pacquaio and his promoter, Top Rank (experienced boxing professionals) turned it down because the standard in the industry is to work on a percentage of a pay per view fight.

”Pacquiao ended up working on a percentage and when it was over he earned $100 million. Had he taken a flat fee that would have left $60 million on the table for Mayweather, who ended up making $275 million in the end.

Now you understand why no one in their right mind would take a flat fee for a mega, pay per view fight – perhaps the biggest fight that can be made in boxing right now”. The Eye Of Media.Com contacted Hearn’s Matchroom team for comment, but they declined to comment, whilst talks are 24 hours away. Anthony Joshua and Deontey Wilder will eventually clash, but when that will happen is unknown. Both sides will have to overcome the jarring obstacle of negotiations, hopefully, that issue will be resolved in the next 24 hours, but let’s not hold our breath for that.