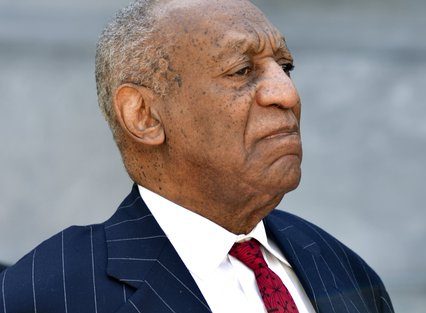 Bill Cosby’s dramatic rape case came to its final stages on Monday, as his lawyers urged jurors to acquit Cosby in what they said would ”the most important decision they have made

Lawyers Tom Mesereau and Kathleen Bliss said in their closing argument that chief accuser Andrea Constand consented to a sexual encounter at Cosby’s home in suburban Philadelphia, then levelled false accusations against the “Cosby Show” star so she could sue him and extract a big settlement.

“You’re dealing with a pathological liar, members of the jury,” Mesereau said. “You are.

Cosby stands accused of three counts of aggravated indecent assault, chiefly from Andrea Constand, who says Cosby drugged her and then assaulted her at his home in January 2004.

Cosby’s wife, Camille, for the first time, accompanied her husband to the 12th day of a hearing that has gripped America and spread to many other parts of the world. She managed

Constant worked for the Temple University women’s basketball team at the time, and Cosby, a Temple trustee, mentored her, before betraying her trust.

Cosby’s defence team, having lost a plea to use a previous court deposition of witness(Williams) to discredit Andre Constand’s allegations, presented her as a pathological liar seeking publicity and money. Bill Cosby drugged and sexually assaulted her are the product of a ‘pathological liar’, motivated by a desire for money and publicity, The jury in this second trial has heard a lot. They heard how Bill Cosby was accused by Constand of drugging her through the pretence of buying useful medication to improve an illness she had.

The jury heard closing statements in the disgraced actor’s retrial at Montgomery County Courthouse in Norristown, Pennsylvania, on the 12th day of the hearing. Once America’s most loved comedian, Cosby was known as ‘America’s Dad’ for his role as Dr Heathcliff Huxtable on famous sitcom, The Cosby Show – aired for 8 years between 1984 to 1992. His reputation has been hugely tarnished by this rape case, and the presumption of innocence until proven guilty will only pay off once and if he is acquitted of the serious charges against him

If convicted of all three counts, Cosby will be a ruined name. He could face up to ten years in prison as a first offender under state sentencing guidelines.