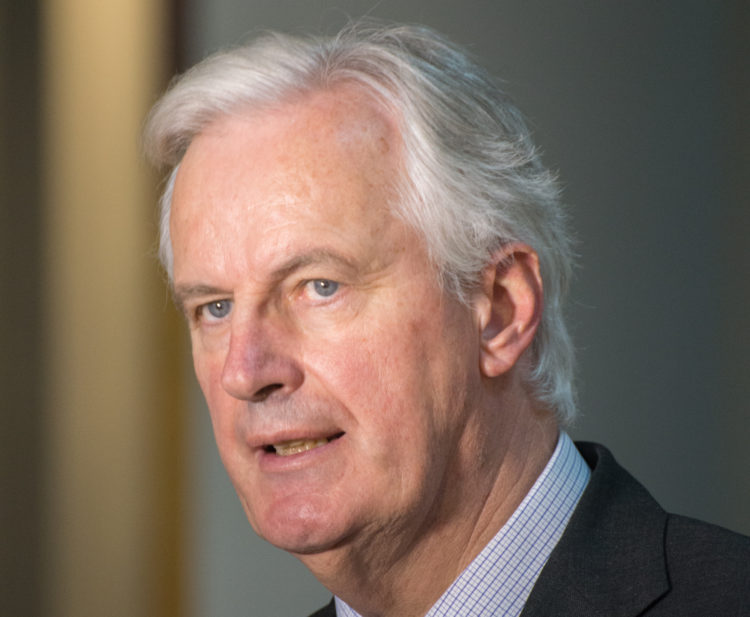 Mr. Barnier, the European Commission’s chief negotiator, has rebuffed Theresa May’s pledge to end the EU’s jurisdiction and leave the customs union, stating yesterday “with these red lines, the UK is closing doors”.

He added: “There will be no ambitious partnership without common ground on competition and state aid, social and environmental standards, and guarantees against tax dumping.”

Barnier is insisting Brexit terms need to pass through judicial oversight before the UK officially leaves the EU, he said: “We need an agreement on governance and the role of the Court of Justice. Speaking at the Hannover Messe on Monday, Barnier said:

“Without an agreement on governance, there is no credibility of this treaty for stakeholders, for business.”The Brexit negotiator insisted that “the only frictionless relation with the UK would be a Norway Plus” model.

Urging the UK to follow in the footsteps of Norway, which will see Britain following EU laws and allowing free movement while establishing a customs union with the bloc, he said: “This is the only frictionless model for the business to avoid controls.”

“In all the other cases, they will be compulsory for norms, standards and the very key point, which is rules of origin.”
In a strong declaration of authority, Barnier said that the Brexit treaty “is and will be” an agreement approved by EU governments and the European Parliament and that “any agreement on future relations” must be will be a “mixed agreement requiring the ratification by unanimity not only by the EU institutions but by … national parliaments”, from the bloc

The EU’s chief negotiator, Michel Barnier, said everyone “knows where the EU stands” – adding that it is up to Theresa May and her government to come up with its vision for the future.
Barnier stated: “The European Council has made clear that, if the UK’s red lines were to evolve, the Union would be prepared to reconsider its offer.

“We are flexible, never dogmatic. We are open for business.

“But of course any change from the UK must respect our principles, the principles we have built with the UK over 45 years.

“In particular, the four freedoms of the single market go together. They are all indivisible.