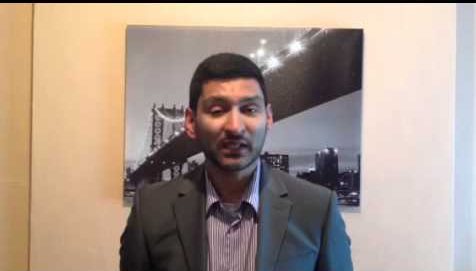 A city councillor who sits on the police and crime panel has told how he walked into his local police station to report a serious crime but instead was arrested as a suspected criminal.

The arrest has since been admitted to have been a mistaken identity.

Cllr Afzal Shah told Bristol live how officers at Trinity Road police station decided he was a person suspected of an alleged offence of making threats of violence. They subsequently read him his rights.

Aggrieved Afzal said officers ignored his claim to be a local councillor, or consider his word that he had been in council meetings when the alleged crime he was being arrested for actually took place. He was placed in the back of a secure police car in the public car park outside the police station, despite his protestations not to be.

45 minutes later, police realized they had, in fact, arrested their own local councillor and member of the police and crime panel, before letting him go.

Cllr Shah said police have already apologized, and that both the chief constable Andy Marsh and police and crime commissioner Sue Mountstevens have asked to meet him so they can apologise too.Shah is however still puzzled by the arrest and doesn’t understand why police acted as they did.
He told Bristol live:

“I went to the police station to register a crime on behalf of someone else,” he said. “The member of staff on the front desk was very dismissive and had that member of staff not been like that, then none of this would have happened,” he said.

“I found myself arrested for making threats, but I was nowhere near the place this is supposed to have happened, I was at a council meeting.

“I was told it was a misunderstanding, and that the person who they were looking for looked like me. They said we had a description similar to yourself, but all that was needed was a bit of due diligence. They didn’t listen to me when I explained who I was, and why I was there.

A statement from Avon and Somerset read:: “Police have apologized to a man for the inconvenience and distress caused when he was arrested and detained in a police car after being wrongly identified by a victim as one of the perpetrators of a crime.”

Supt Andy Bennett said: “Officers acted in good faith in arresting Cllr Shah at Trinity Road police station after another man who was in the station reporting an offence visually identified him as one of the people involved. This identification was later found to be incorrect and Cllr Shah was released without having been taken to a custody unit.

“We are extremely grateful for Cllr Shah’s contribution to community policing both as a counsellor and as a member of the police and crime panel. We have apologized to him for the distress and embarrassment this incident has clearly caused him and welcomes this opportunity to clarify this publicly.”