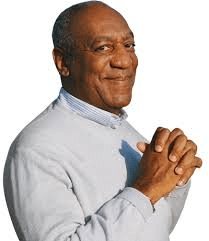 Cosby’s legal team received a big blow this morning after a judge struck down a motion which would have enabled the jury to hear from a previously sealed deposition.

The document from a 2005 lawsuit against Cosby, contains the testimony of a woman named Sheri Williams, who is reportedly a friend of Constand’s. Williams is said to have claimed in the deposition that Constand wanted to extort money from Cosby by accusing him of sexual assault.

Judge Steven O’Neill’s judgment to strike out the motion for the witness for the defence, now restricts Cosby’s team to what they have. Cosby’s team tried in vain to track down Williams in order to use her testimony during the retrial.

This latest decision comes as closing statements are expected as early as this afternoon. The sequestered jury could begin deliberations as early as tomorrow or Wednesday.

Cosby’s all-star team has not been permitted to bring many of its boldest, most shocking accusations about Constant into the courtroom for the jury to hear — like that Constand was addicted to psychedelic mushrooms — Cosby’s team is planting these seeds in the court of public opinion.

Cosby’s spokesperson Andrew Wyatt has criticized the District Attorney’s Office for spending taxpayer money on a case he has called a form of “extortion.” His counter allegation is not really an issue for consideration, given the strong claims of sexual assaults and rape by Cosby’s accusers. The legendary comedian must prove his innocence, no speculations about the motives of his accusers will help him.

Dolores Troiani, Constand’s one-time attorney, said that the damage against Constant has already been done. “It is absolutely part of [the defence’s strategy to smear her reputation,” she said. “They know they have judicial immunity so they can say these things whether or not there’s a basis in fact.”

Troiani’s words are true, but what matters most is whether the allegations against the U.S star are true or not. This will be for the courts to decide. Judgement day is around the corner.