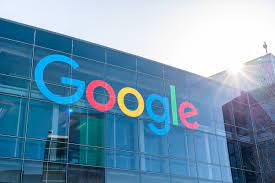 The United States Department of Justice is suing Google over monopolization concerns.

The lawsuit claims that eight states are joining the U.S. DOJ in a lawsuit against Alphabet’s Google, calling for the break up of Google’s ad technology business due to alleged illegal monopolization.

The complaint, filed in federal court in Virginia, alleges that Google has “corrupted legitimate competition in the ad tech industry” through a campaign of seizing control of tools and inserting “itself into all aspects of the digital advertising marketplace.” Google allegedly has done so by eliminating competition through acquisitions and exploiting its dominance to push advertisers to use its products over those of others. The complaint only names Google as the defendant and not any specific individuals. It also calls for a divestiture of a part of the ad tech stack.

The Justice Department accused Google of punishing websites that “dare to use competing ad tech products” and uses its dominance in ad technology to “funnel more transactions to its own ad tech products, where it extracts inflated fees to line its own pockets at the expense of the advertisers and publishers it purportedly serves.”

The case is the newest example of government efforts to rein in Big Tech. The most financially successful companies on the planet wield immense power over our lives and over businesses around the world.

Google  has categorically rejected the allegations.

“Today’s lawsuit from the DOJ attempts to pick winners and losers in the highly competitive advertising technology sector,” Google ads leader Dan Taylor said in a blog post. The Justice Department lawsuit largely duplicates an “unfounded lawsuit” by Texas Attorney General Ken Paxton that was dismissed in federal court, Google argued. The Justice Department’s case is flawed and will “slow innovation, raise advertising fees and make it harder for thousands of small businesses and publishers to grow,” Taylor said.

“The harm is clear: website creators earn less, and advertisers pay more, than they would in a market where unfettered competitive pressure could discipline prices and lead to more innovative ad tech tools that would ultimately result in higher quality and lower cost transactions for market participants,” the DOJ’s complaint reads in part. “This conduct hurts all of us.””

According to the report, Alphabet is the top dog in the global ad market, and is expected to bring in $73.8 billion in U.S. ditial ad revenue this year. $58.5 billion of that will come from Google’s search advertising business alone.

This is the DOJ’s second antitrust suit against Google. In October 2020, the DOJ and several State Attorney Generals sued Google over its web search dominance. It accused google of illegal monopolization of the search and ad markets.

The agency asked the court to “break Google’s grip on search distribution so that competition and innovation can take hold.”

At the beginning of this year, Google filed a motion to dismiss a complaint from the agency that alleges Google leverages its Android operating system and general grasp on the search market to further limit competition in the industry.