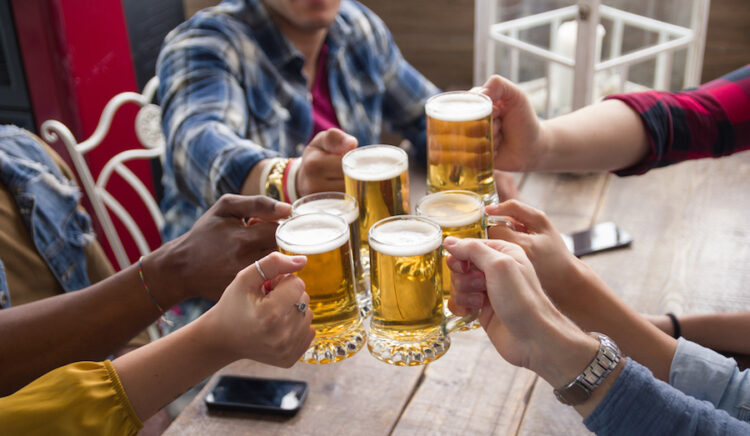 An Australian town has resumed a controversial policy directed at Aboriginal communities that restricts the sale of alcohol.

Under the new restrictions, no takeaway alcohol will be sold in Alice Springs – about 450km northeast of Uluru – on Mondays or Tuesdays.

A previous ban ended in mid-2022 after it was deemed as racial discrimination.

The leader of the Northern Territory, Natasha Fyles, said the measures were imposed to protect families and children across the town as the town experiences a significant increase in violence.

Albanese yielded to political pressure and flew to Alice Springs on Tuesday, as the politics of Labor’s Voice to parliament proposal were clouded by calls for urgent action to stabilise public safety and deal with alcohol-fuelled violence and crime in the town.

In the 12 months to November 2022, there were 2,653 assaults in a town of roughly 25,000 people, the Northern Territory government’s crime statistics found.

Alongside the restrictions on alcohol, more than 25m Australian dollars (£14.2m) for community services – including women’s services, police funding and CCTV safety lighting – was announced.

Located in central Australia, a fifth of the citizens of Alice Springs are indigenous Australians.

“Today’s decisions are in the context of the gap that exists in health outcomes, housing outcomes, life expectancy, incarceration rates between indigenous and non-indigenous Australians,” Mr Albanese said.

After meeting police, politicians and community leaders in the town, he said the government would consider a series of legal changes in early February, including a system where communities would need to opt out of alcohol bans.