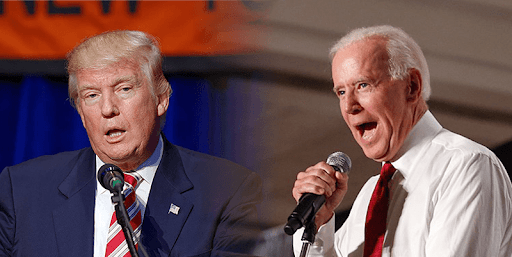 The first presidential debate between President Donald Trump and Democratic nominee Joe Biden will centrally address a number of topics, including the coronavirus pandemic, the Supreme Court and the racial reckoning in the country, the debate commission announced on Tuesday.

The debate, set for September 29, in just over a week’s time, at Case Western Reserve University in Cleveland, Ohio, will be broken into six 15-minutes segments.

The topics will be reviewed based on “news developments,” the Commission said. The six segments will be “The Trump and Biden Records,” “The Supreme Court,” “Covid-19,” “The Economy,” “Race and Violence in our Cities” and “The Integrity of the Election”.

The  topics  which have been carefully chosen, will test  both parties, who will also have the benefit of assistance from some of their aids.  Covid-19, Race and Violence in U.S Cities, and Covid-19, are some of the areas capable of exposing or empowering the positions of the presidential nominees.

Each of those topics will reveal a lot about the ideologies of the nominees, and give Americans a broad view of how the presidential aspirants  plan to run the country. The integrity of the elections is also a loaded topic, particularly in view of plans for voting to be conducted digitally.

Many Americans already have a strong opinion about Trump, and are either swayed in his favour or against him. However, their views could still change before election day, making the debates crucial.

Trump already said earlier  this month that he prepares for the debates “everyday” by “just doing what I am doing.”

“I’ve been all over the place, and I watch this guy sitting home, and I think, maybe I’m doing it wrong,” Trump told Fox News.
Biden has said that he is “looking forward” to debating Trump and “holding him accountable.”

“I know how to handle bullies — we’ll find out,” Biden said as a fundraiser this month. “I hope I don’t get baited into getting into a brawl with this guy. It’s going to be hard because I predict he’s going to be shouting.”