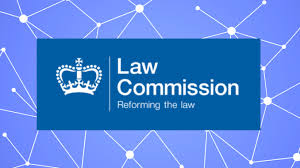 The Law Commission  has called for sex and gender to be included under protected characteristics, following  online abuse targeted at women MPs.

They have called for  sex or gender  to be included as protected characteristics under hate crime laws.

The commission today unveiled several proposals to improve hate crime laws, which it says in practice are complex, spread across different statutes and use multiple overlapping mechanisms.

Hate crime is presently a criminal offence including assault and harassment, where the victim is targeted on the basis of hostility towards one or more protected characteristics , like race, religion, sexual orientation, disability and transgender identity. The crime is considered more serious as a result.

The Commission said a number of issues have been raised over how hate crime laws work in practice. It said that the laws are ”complex, spread across different statutes and use multiple overlapping legal mechanisms”. It added that ”not all five characteristics are protected equally by the law, and campaigners have also argued for additional characteristics such as sex/gender to be included.

The proposals include reformulating the offences of stirring up hatred to focus on deliberate incitement of hatred, providing greater protection for freedom of speech where no intent to incite hatred can be proven.

It criticises the working of the law to include the complexity and lack of clarity in the current laws, which  can make them hard to understand. The Commission also suggests that the laws do not operate consistently in the way that the existing five characteristics are protected in law – for example LGBT and disabled people receive less protection.

These include aggravated offences, where a more serious form of an offence such as assault, harassment or criminal damage is prosecuted, and enhanced sentences, which require a sentence to be increased because of the hate crime element.

The commission said that ‘there is overwhelming evidence that women and girls are targeted for certain crimes, and arguments which link this targeting to prejudice or hostility towards women’s gender. We therefore consider that the demonstrable need criterion is very convincingly satisfied in relation to women, and by extension, to the characteristic sex or gender.’

The commission has also asked questions about the implications of the proposal in the context of sexual offences and domestic abuse, where there are already well-established laws and practices designed to protect victims.

It is also consulting on whether other characteristics and groups, such as age, sex workers, homelessness, alternative subcultures and philosophical beliefs should be protected.

‘Stirring up’ offences would be extended to cover incitement of hatred towards disabled and transgender people, and hatred on the grounds of sex or gender.

The commission says racist chanting at football matches should remain a distinct criminal offence but proposes extending the offence to cover chanting targeting a person’s sexual orientation. The commission also asks whether the offence should be extended to cover other behaviour such as gestures and throwing missiles, and conduct when entering or leaving a ground or travelling to the game.

Criminal law commissioner Professor Penney Lewis said: ‘Hate crime has no place in our society and we have seen the terrible impact that it can have on victims. Our proposals will ensure all protected characteristics are treated in the same way, and that women enjoy hate crime protection for the first time.’