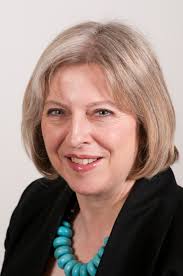 Uk prime minister, Theresa May, is determined to overturn the heavy defeat she suffered in the House of Lords
which voted for an amendment to allow EU nationals stay in the country.

An amalgamation of Labour peers, Liberal Democrats and crossbenchers, smashed the government 358 to 256, to amend the bill and give EU nationals settled in England the right to stay indefinitely. Lord Baroness Hayter, Labour’s Brexit spokeswoman, accused the government of using EU citizens in the UK as a ”negotiating capital” to win rights for British expats abroad. ”These people need to know now, not in two years time or even 12 months time, she said. They simply can’t put their lives on hold”.

Tory Peer Viscount Hailsham said denying EU citizens their rights ”offends natural justice”. The moral high ground is very often the best ground on which to fight a campaign”. ”Let us remember how shocked we were when Idi Amin expelled the Asians from Uganda, so shocked that we offered them refuge in this country”. Lord Tebbit, a former minister under the Thatcher administration asked ”why is everybody here today so excited about a deal which looks after the foreigners and not the British”?

That was an interesting question with strengths and weaknesses accompanying it. A deal looking after foreigners is positive because EU nationals in the UK should not be left hanging on a string of uncertainty just because of a Brexit referendum they did not choose. On the other hand, why should a deal for British nationals in EU countries take second place to a deal for foreigners in the UK? This is the Brexit conundrum which finds itself creating complications for both sides of the fence.

In actual fact, EU leaders create a strong air of suspicion by refusing to guarantee the rights of British expats abroad a right to stay once Article 50 is triggered, making Theresa May’s determination to pursue an unamended bill quite reasonable. A spokesman for No 10 said: ” it’s clear we are disappointed the Lords have chosen to amend a bill that’s passed through the commons without amendment. It’s a bill with a very simple purpose that’s to enact the referendum result and let the government get on with negotiations”

Theresa May intends to trigger Article 50 in 2 weeks time on March 15, and it will be interesting to see how things progress between now and then.