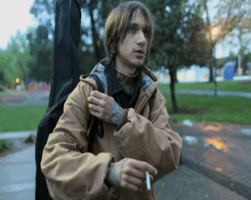 Parents need to have good reasons before kicking out their teens.

Thousands of teens in the UK are kicked out of the home , leaving them vulnerable to the merciless streets of Britain.

Teens can be a handful, but in the absence of violence of sheer and consistently unbearable disrespect, no parent should kick out their teenager.

Even in the worst case scenario, responsible parents should arrange for a friend or family member to accommodate their teen, giving the teen an opportunity to start afresh with the relative or family friend.

Many teenagers lack basic respect and think they can talk to their parents like they are their mates at school. Impudence has perpetually been a serious problem with teenagers, forcing many parents to take radical action against their mannerless children.

Teenagers in the UK and also in America are quick to swear at their parents when they are angry, which is a disgraceful sign that we as a nation are failing to instill proper development in our growing teen. Good training starts from the early age and must be maintained right through the development stages of the child.

Dumping badly behaved children on the streets can cause irreparable damage to them as they mix with potentially worse children who will only serve to exacerbate the deviant aspects of the child. Families and friends of families should collaborate their ideas and resources in an attempt to manage insolent and badly behaved children.

Throwing teenagers out should be a last resort, one pursued only in circumstances where the child is becoming too much of a liability to his or her parents or poses a danger to the safety or livelihood of the home. Proper dialogue with the teenager must always be exhausted before they are tossed into Lion’s den of wolves that litter the dangerous streets out there.