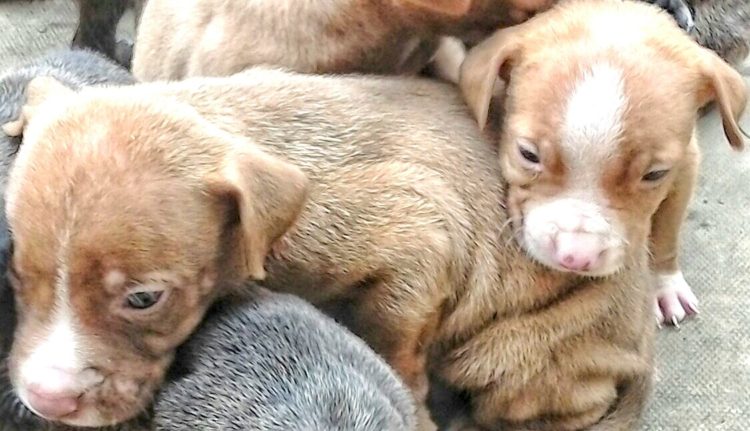 Essex Police have been called over allegations that two puppies have been sold for crack, without the consent of the owner.

31-year-old Jack Hall of York road in Southend has been accused of stealing the two puppies from their owner, who left them with him to keep for a while. The angry owner told the eye of media.Com that the puppies were sold to a drug dealer whose identity he knows.

Eric who owns five dogs was so livid
that he called police on the suspects, who were visited by police but not arrested. police are still investigating the allegation, but he aggrieved owner has sent pictures of the puppies he claims are his.

” They obviously denied it, but Jack’s partner confirmed the puppies were sold for crack. They are
crack heads and have committed an offense that highlights their own bad habits”.

The alleged perpetrators were not contactable by the eye of media.com, but we left a contact for them. The owner has released a picture of the dogs and urged members of the public who see the puppies to call the police.

Eric says he has contacted the dealer in question, who refused to engage in any talks about the puppies. Fuming about the missing dogs, Eric has vowed to seize those dogs wherever he sees them.

” I tried to do the right thing by calling the police, but they are taking too long a time to do anything. If I find those dogs, I’ll take hem back”.