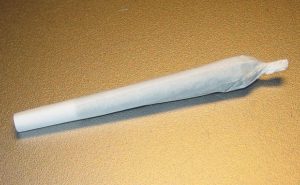 A Polish national has been hospitalized after being given spice which he begged for.

The man knew only as Polek, apparently begged for the spice spliff to be passed to him as his spice loving pals puffed on the lethal drug in a flat in Katherine road, Forest Gate, East London.
He was rushed to Newham General hospital on Tuesday night after he fell flat on his face after taking three puffs of the spice drug. All accounts point to him thinking it was just a strong drug.

26-year-old Polek, who arrived in Britain on holiday last week had never heard of spice, and dismissed warnings from his pals that the drug is lethal. The cousin of one of his friends contacted the eye of media.com with the story.

Angelika Ariana, told the eye of media.com ” I was very worried and concerned when I saw him fall flat on the floor. I thought he was going to die. I have warned these guys about smoking spice, but they think they are tough. He literally collapsed as I walked into the room”.

A friend of Polek, who refused to identify himself said he warned him about the strength of the drug. ” I told him this thing is too strong, but he doesn’t listen. He keeps saying just let me have some, I say no, but he continues to stress me for some. He takes it off my hand and refuses to give back”.

Another friend not present at the time, and who also refused to be named, interjected and added ” Polek thought they were saying he couldn’t handle a strong dose of skunk. It was not explained to him how dangerous spice is”

“I had gone to the shops at the time to get some drinks. If I was there, I would have explained better to him that spice is different to skunk

“The guys must have assumed Polek knew what it was because I would have assumed so too. I only recently heard that he was new in the country, so may not have heard of it. I think they could have explained better, but people were drunk.and high, I think this was a terrible mistake for everyone “.

Polek is in a stable condition at Newham General hospital and his family in Poland has apparently not been informed of the situation. He is expected out of hospital later today.