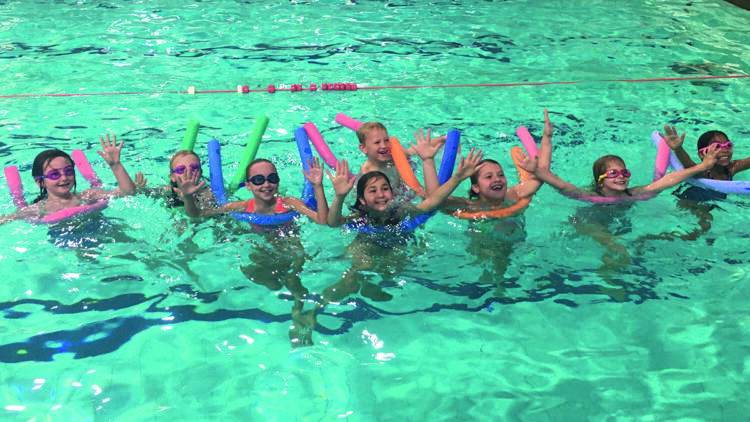 Parents are being asked to put swimming lessons “front and centre of their priorities” as the UK comes out of lockdown, Olympian Duncan Goodhew has said.

The urge comes after the sport’s governing body said the lack of lessons during the Covid pandemic meant 240,000 children had missed out on learning how to swim the length of most pools.

Swimming England expressed concern after more than five million swimming sessions were lost during the pandemic.

School children have free swimming lessons from primary school  right up to the end of  secondary school, but most children have missed out on these during the many lockdowns that have taken place in response to the pandemic.

Swimming classes have resumed in England, Scotland and Wales, but are still limited in Northern Ireland to one-to-one lessons.

Mr Goodhew, who is president of charity Swimathon Foundation which has a Covid relief fund to support aquatics organisations, told BBC Radio 4’s Today programme that it was “impossible” for children to learn to swim without being in the water.

“It is particularly important with the holidays, with young kids running round at pools or the seaside who can’t swim it is a pretty frightening experience for the parent,” he said. “So I think it is really important the parents put this front and centre of their priorities and get children signed up to learn to swim.”

Mr Goodhew, who won gold at the 1980 Olympics in Moscow, said 90% of pools had reopened , but added that even before the pandemic there had been three-year waiting lists for lessons at some pools.

He said water safety, “learning about when it is safe to swim and how to look after yourself etc and a better respect for the water” was important for children.

Swim England chief executive Jane Nickerson said people had “returned to the water in droves” since pools reopened but warned the organisation expected “some regression amongst children’s swimming ability” with facilities having been closed.

One parent who cannot wait to get his child in the pool is Olympic medallist Leon Taylor.

He said he was keen to start teaching his 10-month-old son Ziggy about water and swimming but as he was born in June last year he had “never even been to swimming pool” and his only water-based experiences were in the bath.

Mother-of-two Amy McCarthy, from Littlehampton, West Sussex, said she had seen deterioration in her son and daughter’s swimming ability but was “confident that we’ll be able to make up for lost time”.