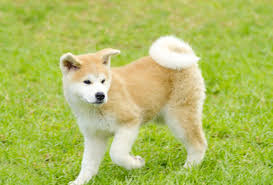 Smaller dogs are officially more likely to be more aggressive than bigger ones, according to a new study.

Testifying the ‘small man syndrome’ theory about yappy pooches, small dogs are often seen as being more confrontational with other dogs, especially the larger ones in the park.

A number of factors were included in the unique study, like how quarrelsome they are, the age of the dog, their upbringing, their temperament, how comfortable they are with other animals .

Small dogs were concluded to be more inclined to start a fight with a passing pooch than a bigger one.

Researchers from  the University of Helsinki published  their findings in the Scientific Reports journal, after examining the behaviour of more than 9,000 dogs of a variety of breeds, analysing how often they’d bark and growl, as well as other displays of snappy behaviour.

The unique research ranked different varieties of dogs using the above benchmark to validate their findings.

Miniature poodles and schnauzers were at the higher end of the  list of testy, smaller dogs, with the likes of labrador retrievers, golden retrievers and Lapponian herders at the opposite end of the list. There was one exception: the rough collie, said to be the most aggressive of the lot. Sadly, they’re commonly quite fearful dogs.

The study associated  fearfulness with smaller dogs more often than bigger ones, which subjects them  to ‘more vulnerable to behavioural problems in general because small dogs don’t often get the same level of training as bigger breeds, this could also lead to more aggressive tendencies.

Professor Hannes Lohi, a co-author on the study from the University of Helsinki, told the MailOnline: ‘People who are considering getting a dog should familiarise themselves with the background and needs of the breed. As for breeders, they should also pay attention to the character of dam candidates, since both fearfulness and aggressive behaviour are inherited.