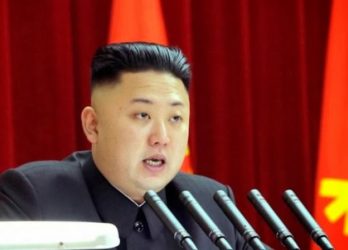 North Koreans are in a panic after their leader Kim Jong- un ordered over  60,000 residences to evacuate North Korea.

North Korean’s president Kim Jong is said to be planning an important event tomorrow, two days before the country celebrates its 105 birthday on Sunday.

Tensions between the U.S and North Korea have been rising every since President Trump expressed his determination to solve the North Korean problem, with or without China.

Sources from North Korea have told some members of the press that over 20 percent of residents have already started leaving as anticipation of war reaches fever peak among very concerned inhabitants of North Korea.

North Korea have conducted 5 nuclear tests in the past, with a 6th one expected anytime soon, probably this weekend. There has been some speciation that the Korean leader may be planning an underwater nuclear attack, although America will be watching closely.

A further concern is an unpredictability if American president, Donald Trump, whom many commentators feel has a volatile temperament and is capable of making rash decisions.

That perception may not be relevant if Congress is involved in any decisions of military action, unlike the last time when Trump acted on his own because he seemed the situation too urgent with no time to wait for congressional approvement.Trump has already told the American media that he does not give notice before he strikes, meaning we will only know of a strike when it has occurred.

North Korea is the provocateur in this growing tension, as their leader seeks to develop nuclear weapons that will decrease world instability and compromise global peace. However, Trump and other leaders must still be expected to exercise some restraint and act appropriately and only in a manner that is necessary.

The world hangs in worrying suspense as various leaders flex their muscles in ways not always wise or productive. Other political tensions in other parts of the world may only get much worse if the North Korean problem explodes into a situation beyond control.