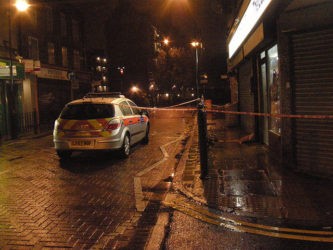 The spate of killings in London his year and previous years are partly to do with postcode wars. Several shallow minded youths have been killing other youths because they were in an area where ” they don’t belong”, a number of teenagers have claimed to the eye of media.com.

“People know that some areas have beef( disputes) with other areas, and if they go to those areas, they are basically saying they don’t care. These days a lot of youths don’t want certain people in their area because they could be acting as spies for rival gangs”.

Is this a justification for killing them? ” No, but i don’t think people just approach others and kill the for not being in the area. They would usually tell them to leave, but some youths want to go.on like they are bad.and start talking back, that usually when things get deep”.

Victims of most murders that take place in London will really have had some sort of history with the killers or their associates. There is usually some connection with drugs or some other dispute that can arise for a number of reasons.

However, the claim that there may be many murders linked to postcode wars is very troubling and apparently real. ” You can’t allow other rude boys to just bowl down your area like they are some don, a friend of the first guy told the eye of media.com.

” He is seen as coming to the area to establish contacts for drugs, which means stealing other dealers clients if he wants to have a girlfriend in the area, a girl who could be a weak link and be leaking a lot of private information.They shouldn’t be killed for that, they should just be asked to disappear from the area”.

Police are not always able to establish the cause of any of these killings, especially as most people from neighborhoods where murders are committed are usually tight-lipped.

They are generally angry and disaffected youths who are looking for a channel to vent their psychological frustrations whilst simultaneously using a network of similar minded individuals to provide a safe haven for their disturbed mindset. Stabbing a vulnerable person makes them feel tough and welcome.

Research from some of our writers also suggests that many of the killers involved in gun crimes suffer from mental health issues, many times unknown to the guys themselves. The UK government have a big task in addressing the spiraling horror of the knife and gun crime in London.

It will require understanding the mentality of teenagers today who are prone to this type of dangerously perilous lifestyle and implementing a workable approach to root out this problem.