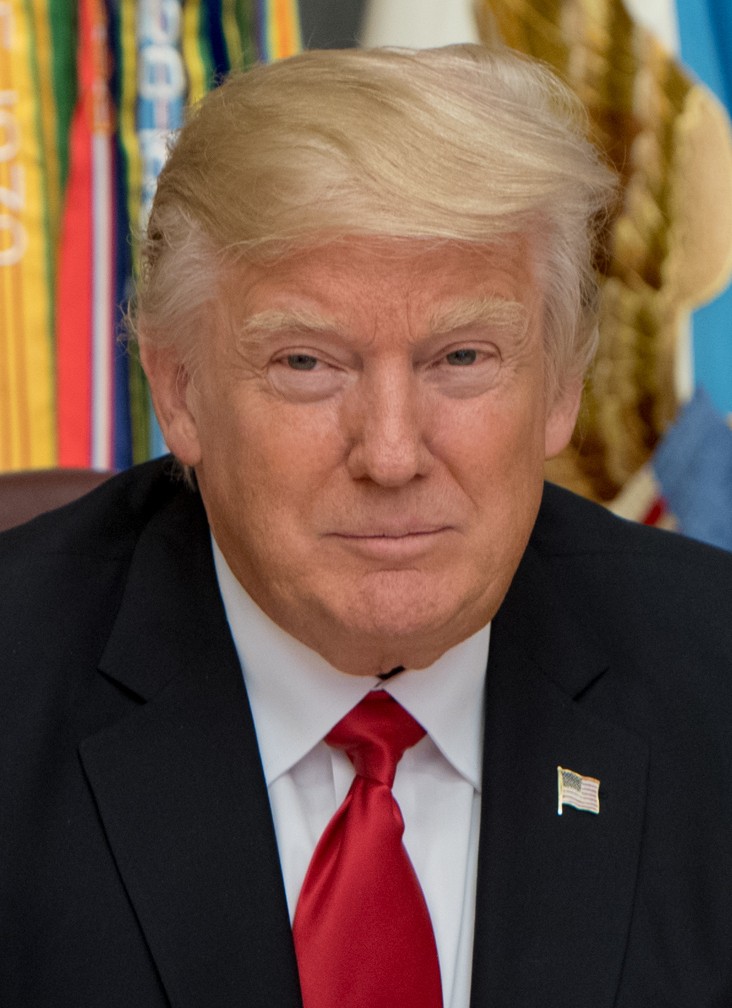 The attorney general of New York state has filed a civil fraud lawsuit against Donald Trump and three of his children involved in the family real-estate business.

The legal suit alleges billions of dollars in falsified net worth, as part of an effort by Trump to minimize his companies’ tax bills while benefitting from favourable terms from banks and insurance companies.

The New York attorney general also announced that in addition to filing this civil complaint, a referral to federal law enforcement authorities for a criminal investigation was also going to be made.

Ms James is asking a court to bar the former president and his children from serving as officers or directors in any New York business.

She also wants the Trump Organization banned from engaging in real estate transactions there for five years. The announcement comes after Ms James – a Democrat who is running for re-election in November – rejected at least one offer to settle the long-running civil investigation into the company’s business practices. The rejection shows her determination to nail Trump and land him in the hot water he can’t escape from, more so in light of her view that he was an unfit president.

The Trump family has previously accused Ms James of pursuing a political vendetta, citing remarks she made before being elected as attorney general in 2018 in which she vowed to sue Mr Trump and branded him an “illegitimate president”. She is also aware of his political aspirations to run for presidency again in 2024.

On Twitter, Donald Trump Jr accused Ms James of “weaponising her office to go after her political opponents”.

In August Mr Trump declined to answer questions during an interview at the attorney general’s office connected to this civil investigation. Ms James said he repeatedly invoked his Fifth Amendment right to not self-incriminate, confirming only his name.

Ms James said that Eric Trump also declined to answer questions more than 500 times in a 2020 deposition. She smelt a rat and is serious about making Trump feel the full weight of the law.

James is accusing Trump and his children of creating more than 200 misleading evaluations of the company’s finances and other forms of misrepresentation, including by falsely inflating the square footage of his own apartment from 11,000 to 30,000 in financial filings.

The suit seeks to recover $250 million and restrict the defendants from conducting business in the state.

Announcing the suit in New York on Wednesday, Letitia James also said referrals had been made to federal prosecutors and the Internal Revenue Service – a move sure to anger the former US president and increase consternation among his inner circle about the depth of his legal predicament.

The lawsuit seeks to bar all four Trumps from serving as executives in New York, and to prohibit the Trump Organization from acquiring any commercial real estate or receiving loans from New York-based entities for five years.

James said: “The complaint demonstrates that Donald Trump falsely inflated his net worth by billions of dollars to unjustly enrich himself and to cheat the system, thereby cheating all of us. He did this with the help of the other defendants.”

James said her office uncovered evidence of federal criminal violations, including issuing false statements to financial institutions and bank fraud. She added that she had referred the matter to the southern district of New York and the IRS.

James added at a news conference that she was referring the matter to the Internal Revenue Service and the Justice Department’s Southern District of New York for potential criminal prosecution.

The suit also seeks to recover at least $250m and to bar the Trump Organization chief financial officer, Allen Weisselberg, and comptroller, Jeffrey McConney, from serving in top roles of any company in New York.

In a separate criminal investigation, in New York, Weisselberg, 75, has pleaded guilty to tax fraud.

Making reference to fifth-amendment protections against self-incrimination when refusing to answer questions at deposition, James said: “For too long, powerful, wealthy people in this country have operated as if the rules do not apply to them.

“Donald Trump stands out as among the most egregious examples. Trump thought he could get away with the art of the steal but today that conduct ends.”

The former president and his attorneys have described the New York investigation as a politically motivated “witch-hunt”.

In the 214-page complaint, James outlined an extensive record of alleged transgressions, such as fraudulently inflating the value of 23 properties including the Mar-a-Lago resort in Florida, Trump Tower in New York and what was previously the Trump International hotel in Washington DC.

James alleged that the defendants made more than 200 false and misleading asset valuations in financial statements between 2011 and 2021 and revealed strategies she said Trump and his organization used to commit fraud.

James also said the Trumps “received a series of bank ordered appraisals for the commercial property at 40 Wall Street in New York City that calculated the value of the property at $200m as of August 2010 and $220m as of November 2012.

“Yet in his 2011 statement, Mr Trump listed 40 Wall Street with a value of $524m, which increased to $530m over the next two years, more than twice the value calculated by the professionals.

“Even more egregious, the $500m-plus valuation was attributed to information from the appraiser who valued the building at just over $200m.”

Accusing Trump of misrepresenting the worth of the Trump Tower, on Fifth Avenue in Manhattan, James said: “Mr Trump represented that his apartment spanned more than 30,000 sq ft, which was the basis for valuing the apartment. In reality, the apartment had an area of less than 11,000 sq ft, something Mr Trump was well aware of.

“Based on that inflated square footage, the value of the apartment in 2015 and 2016 was $327m. To this date, no apartment in New York City has ever sold for close to that amount. Tripling the size of the apartment for purposes of the valuation was intentional and deliberate fraud. Not an honest mistake.”

Trump lawyer Alina Habba responded Tuesday: “Today’s filing is neither focused on the facts nor the law — rather, it is solely focused on advancing the attorney general’s political agenda. It is abundantly clear that the Attorney General’s Office has exceeded its statutory authority by prying into transactions where absolutely no wrongdoing has taken place.” In a string of social media posts, Trump called the suit “Another Witch Hunt.”

Summing up, James said: “I want to be clear. White-collar financial crime is not a victimless crime.”

Citing Trump’s most famous ghosted book, she added: “Claiming you have money that you do not have does not amount to the art of the deal. It’s the art of the steal.

“There cannot be different rules for different people in this country or in this state … No one is above the law.”