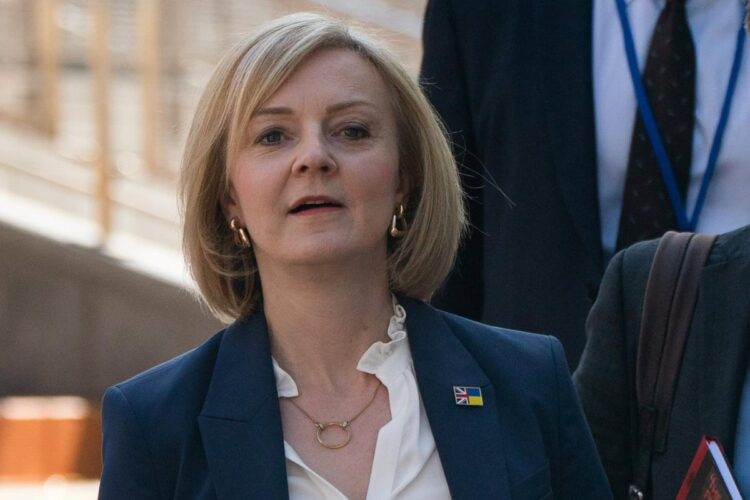 Lizz Truss has dismissed Vladimir Putin’s warning of a nuclear threat from Russia as a sign of desperation from Putin, as she expressed long term plans for the Uk to continue to support Ukraine for as long as necessary.

The new UK prime minister, who addressed the UN in New York hours after a virtual speech by the Ukraine president, Volodymyr Zelenskiy, said the Uk will sustain or increase its supply of weapons to Ukraine. She urged world leaders not to “let up” on dealing with Putin despite domestic concerns about soaring energy prices.

British officials are believed to be treating Putin’s threat of using nuclear weapons very seriously, but there are concerns that fighting fire with fire could lead to a raging inferno.

In particular, the current prime minister is understood to have always adopted a tough figure of authority, even as foreign Secretary- one which fits a leader of a country, but which her critics say lacks diplomacy and discretion. Truss spoke as a national leader, but also as a key member of the UN, which runs the risk of placing political image above political competence.

“For the first time in the history of this assembly we are meeting during a large-scale war of aggression in Europe,” she said. “And authoritarian states are undermining stability and security around the world. Geopolitics is entering a new era – one that requires those who believe in the founding principles of the United Nations to stand up and be counted.”

She said of the Russian president’s speech: “This morning we have seen Putin trying to justify his catastrophic failures. He is doubling down by sending even more reservists to a terrible fate. He is desperately trying to claim the mantle of democracy for a regime without human rights or freedoms. And he is making yet more bogus claims and sabre-rattling threats. This will not work.”

The dismissal of Putin’s words as threats could be a reckless assumption with far reaching consequences, if the Russian dictator seeks to prove a point. He will need the collaboration of senior figures high up the hierarchical structure of the Russian government.

Truss also used her address to highlight the continuing struggle, with economic security at its heart, between democracies and autocracies. “Unless democratic societies deliver on the economy and security our citizens expect, we will fall behind,” she said. “We need to keep improving and renewing what we do for the new era, demonstrating that democracy delivers.”

The British prime minister also vowed to “sustain or increase our military support to Ukraine, for as long as it takes”.

Earlier, in a joint statement with the European Commission president, Ursula von der Leyen, Truss added that the Russian military mobilisation, with 300,000 reservists to be called up as the Kremlin attempts to regain ground in the face of a counterattack by Ukraine’s forces, was “a statement of weakness”.

Ms Truss’s stance is a sign of continued solidarity with Ukraine but spending an indefinite amount of defence abroad seems unwise in the face of domestic issues at home in the Uk.

Only recently the Uk has seen strikes conducted by barristers and a new wave of strikes by railways were agreed yesterday rail industry alongside tube strikes.

The RMT union has announced fresh action after planned strikes were put on hold during the 10 days of mourning for the Queen.

Tens of thousands of RMT members at Network Rail and 14 train operating companies will strike in a long-running dispute over pay, jobs and working conditions.

With shortage of money in social services, the legal profession, and other spheres of professional domain, spending on arms to support Ukraine should at best be sustained, if not scaled down.

Britain cannot be seen to bow to pressure from Russia, but no prime minister should recklessly pursue long term actions that could escalate the war. Dealing with a dangerous and deceptive leader like Putin is not the regular run of the meal, but the deranged leader should not be pushed through confrontational rhetoric.

Foreign secretary, James Cleverly, will face his Russian counterpart Sergei Lavrov at a meeting of the UN security council on Thursday, where he will set out how Russian forces continue to violate international law, and expose how Moscow plans to fix the results of sham referendums in occupied territories.”

As foreign secretary, Truss travelled to Moscow to meet Lavrov in February, just weeks before the invasion of Ukraine, but relations were icy with Russia’s top diplomat describing the talks as a conversation of “the mute with the deaf”, as she warned Moscow of tough sanctions in the event of an attack on Ukraine.