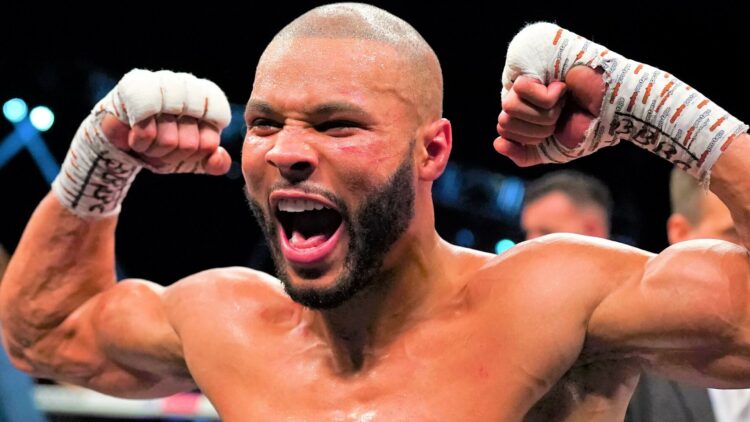 Chris Eubank Jr has confirmed beyond any doubt that his october clash with Connor Benn will go ahead no matter what.

Eubank Jnr said that nothing will stop the much-anticipated fight on October 8, and that he cannot afford to keep negative concerns by his father about his decision to drop weight to meet the unbeaten Benn at a catchweight.

The Brighton fighter will take on Benn at a catchweight of 157lbs on 8 October in London, requiring him to drop down from middleweight [160lbs] where he has campaigned for his last four fights. Benn will be adding some weight for the fight, and has been training very hard for the fight, which he expects to win.

The fight is taking place courtesy of the father of both men who were rivals and legendary boxers in the 90’s.

Eubank Snr has threatened to pull his son out of the fight, worried about his long-term health and fearing he could lose another son following the tragic death of Sebastian Eubank last year.

In an exclusive interview with the Evening Standard last week, Eubank Sr expressed fears that his son will be hurt in the ring following a drastic weight cut. To make his point, he referenced past heartbreak.

“This is insane, it can’t happen. I’ve already lost one son. When I lost him, I cried, I bawled in private. The love I have for Sebastian is the same for Christopher. I am the father and I say this fight cannot happen.”

“This is life and death. Gerald McClellan is real, Nigel you did that to him. I did that to Michael Watson, I didn’t want to do that. You can’t do this to my son.”

In 1991, Eubank Sr stopped Michael Watson in the twelfth. Following the fight, Watson spent 40 days in a coma. When conscious, a year in intensive care was followed by six months of wheelchair use as he slowly regained the ability to speak.

Gerald McClellan moved up in weight to face Nigel Benn in 1995. Following a brutal fight, Benn won by knockout in round 10. In the aftermath, McClellan collapsed. He was rendered blind, partially deaf and requires a wheelchair. The fight had been billed ‘Sudden Impact.’

Eubank Jnr who must be embarrassed by his father’s intervention insists ‘nothing is going to stop the fight’, and he cannot let his father’s concerns affect his mindset.

‘I can’t pay that [his father’s comments] too much attention because, at the end of the day, the fight is going to happen. There is nothing that is going to stop the fight,’ Eubank Jr told The Star.

‘I can’t have any negative thoughts or worries from any other people affect my mindset and how I will proceed with this fight. He’s my father, he may be worried about me cutting the weight and all the rest of it but I can’t let that affect me and what I want to do. I have to believe in myself.

‘I’m not saying he doesn’t believe in me or believe that I’m going to do it but he’s saying it’s a danger. He probably is right. It is a danger, but I’m a dangerous man.’

‘My son cannot come down beneath 160. That is what I say. What my son says, he says in the blind, in the dark, he does not know about being 32 and coming down beneath 160, even once ounce. One ounce. no. It must not be. We mustn’t do this.

‘I cannot lose another son. They don’t know what it is to go one pound beneath 160lbs if you are a middleweight. It is a life and death situation. No, don’t do that to my son.’

Eubank Jr says it is ‘upsetting’ to think of his father having such concerns but says he will use the memory of his brother Sebastian, who suffered a heart attack while swimming in Dubai last year, as ‘fuel’ to win the fight.

‘It’s upsetting and sad that he may have those thoughts going through his head, but that’s him. As a man I’ve got to do what I’ve got to do to win and to be able to perform at my best mentally.

‘Mentally you can’t worry about family, friends or what’s happened in the past. I’m using my brother as fuel, I’m doing this for him.’

Eubank Jnr last week doubled down on his vow to beat Connor Benn and retire in any event he fails to do so. “I said it – if he pulls off a miracle and beats me, I have to retire,” he said during an intense face-off with Benn. “So that’s a huge pressure. I’ve never ever said this, ever. An act of God is what it would be for you [Benn] to beat me. I’m always a man of my word, so that’s another reason why this is personal – because I love being a fighter, I love the sport of boxing.